After six days of racing and 10 very diverse eliminations, Matteo climbs onto the third place just ahead of his team buddies Amado Vrieswijk in fourth and Gonzalo Costa Hoevel in fifth. The battle was very tight, and the final elimination was the deciding factor, nearly elevating Matteo onto the second place.

Throughout the event in Costa Brava, we saw up-and-downwind racing in heats, one high wind day, full fleet racing and three full slalom eliminations completed. With this kind of diversity, the top performers were slowly emerging during the event with the top positions ever-changing until the very last race.

It was especially challenging for the guys who had traveled nearly directly to Costa Brava, from the previous event in Korea. “It has not been super easy due to the jet lag and traveling, but I m getting better at it”, said Matteo Iachino who now leads the world ranking in the foil discipline ahead of team buddy Amado Vrieswijk.
When asked about the slalom foiling, Matteo had this to say: “Slalom foiling is just great. When we usually compete in slalom with 9.4 sails, getting stuck at marks, we can have amazing racing on the foil. It’s something new and yet similar feeling to high wind slalom in really light winds”

All using their HyperGlide 10,0 the most, but also switching between the 9,0 and 8,0 during the slalom racing, it is a great testament for the second generation HyperGlide sail which continues to deliver results.

With two riders in the top three of the world ranking and two potential events still on the calendar, it is proving to be yet another great season for our team.

The next PWA foiling event will take place on the island of Sylt in Germany September 27 – October 6. 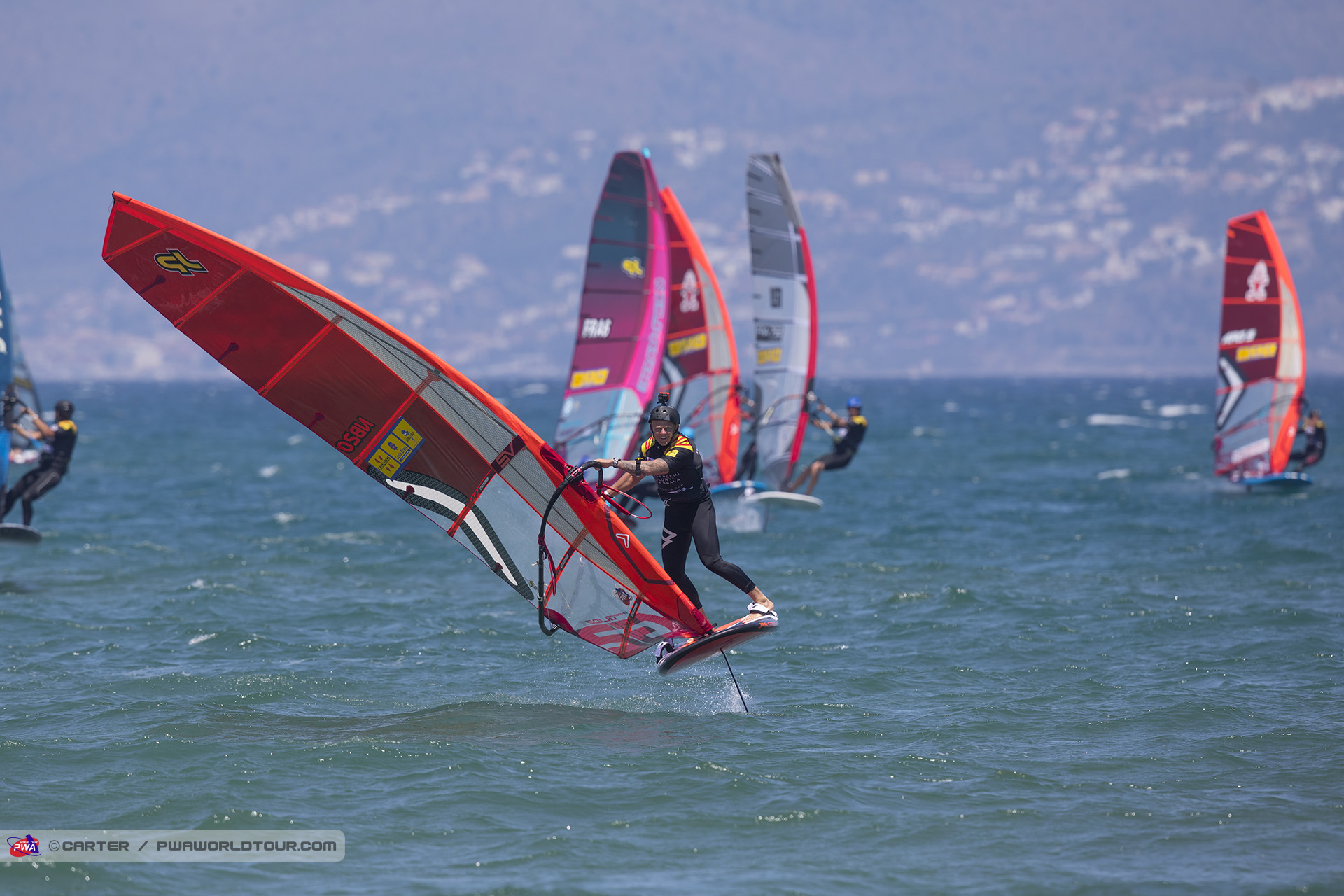 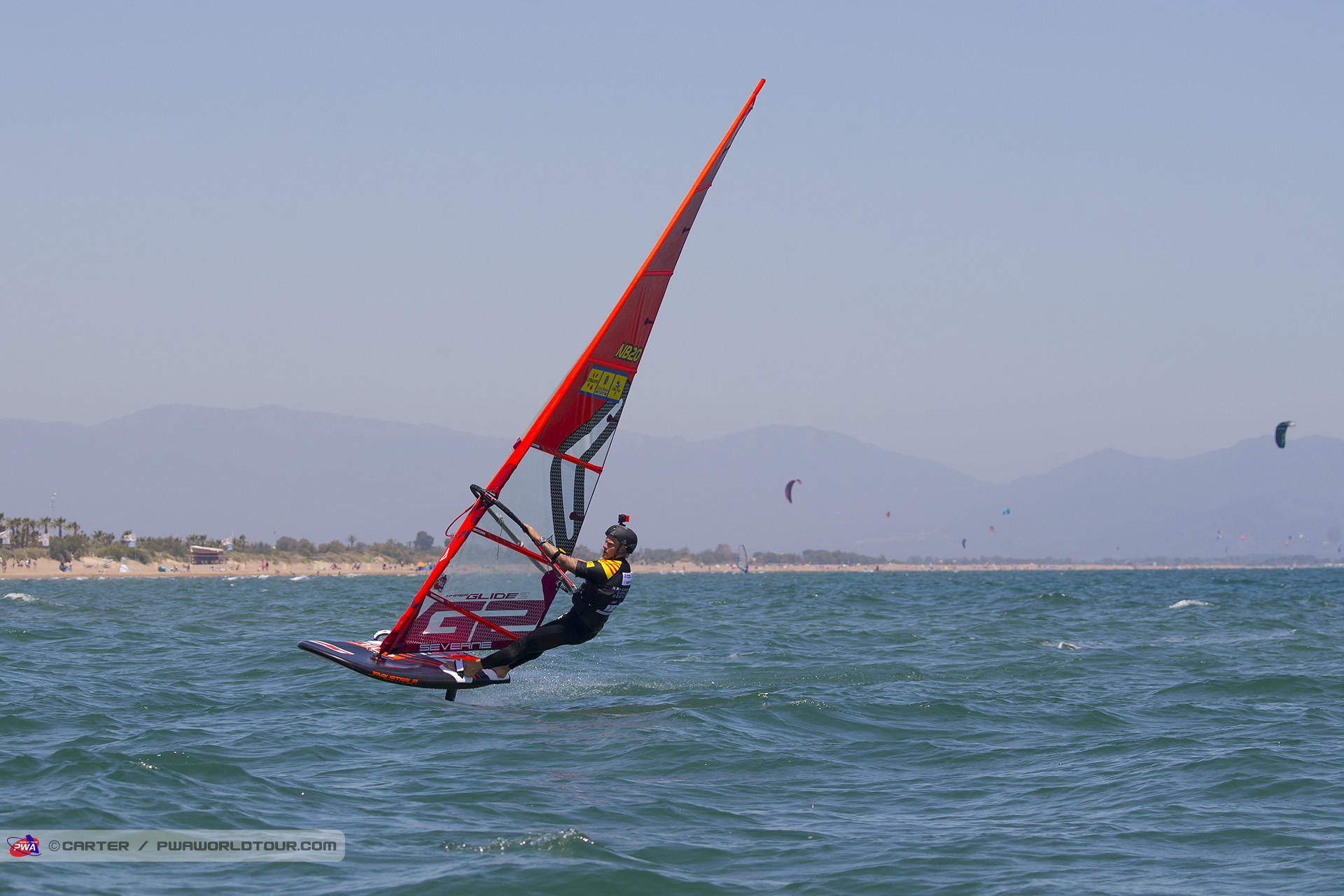 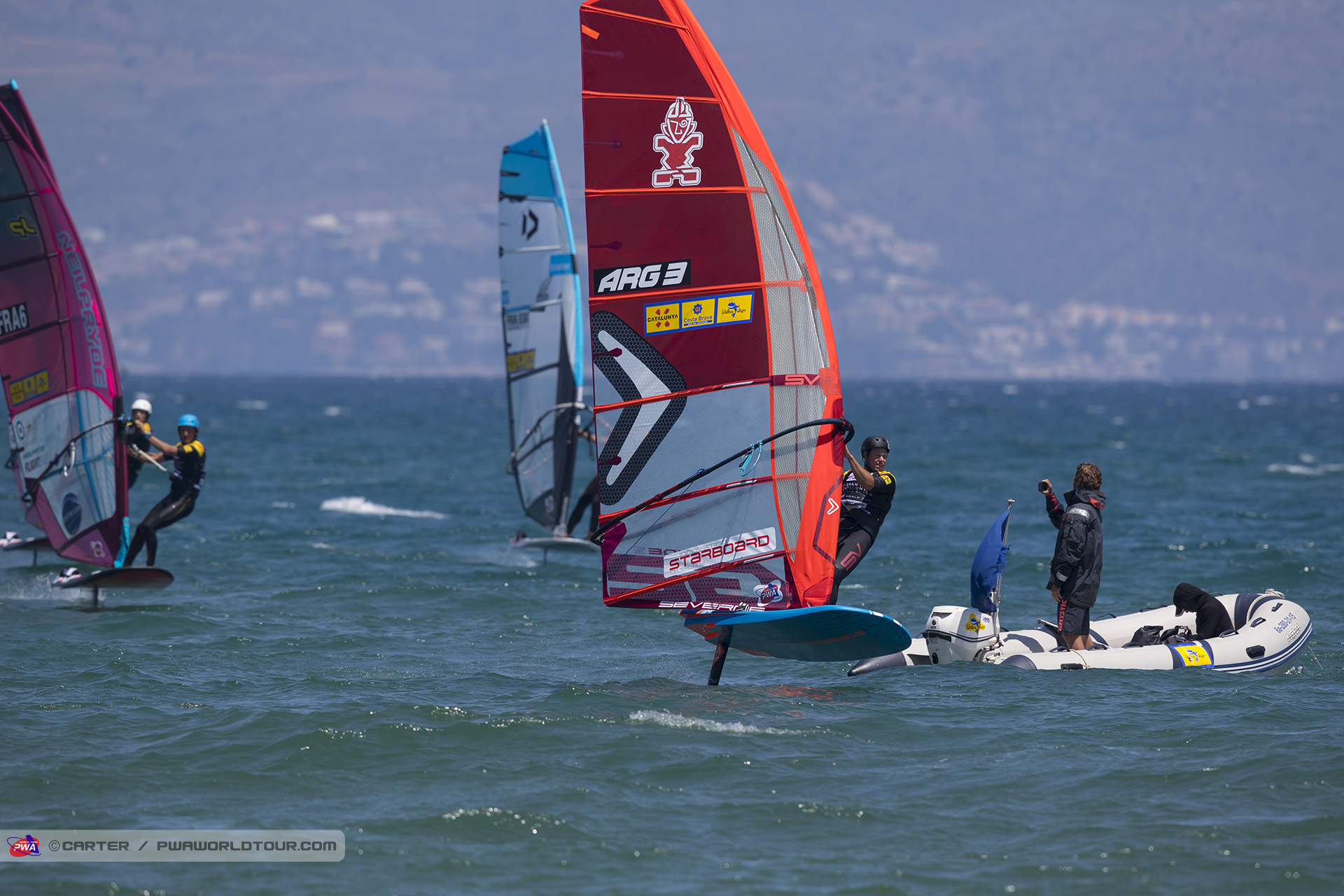 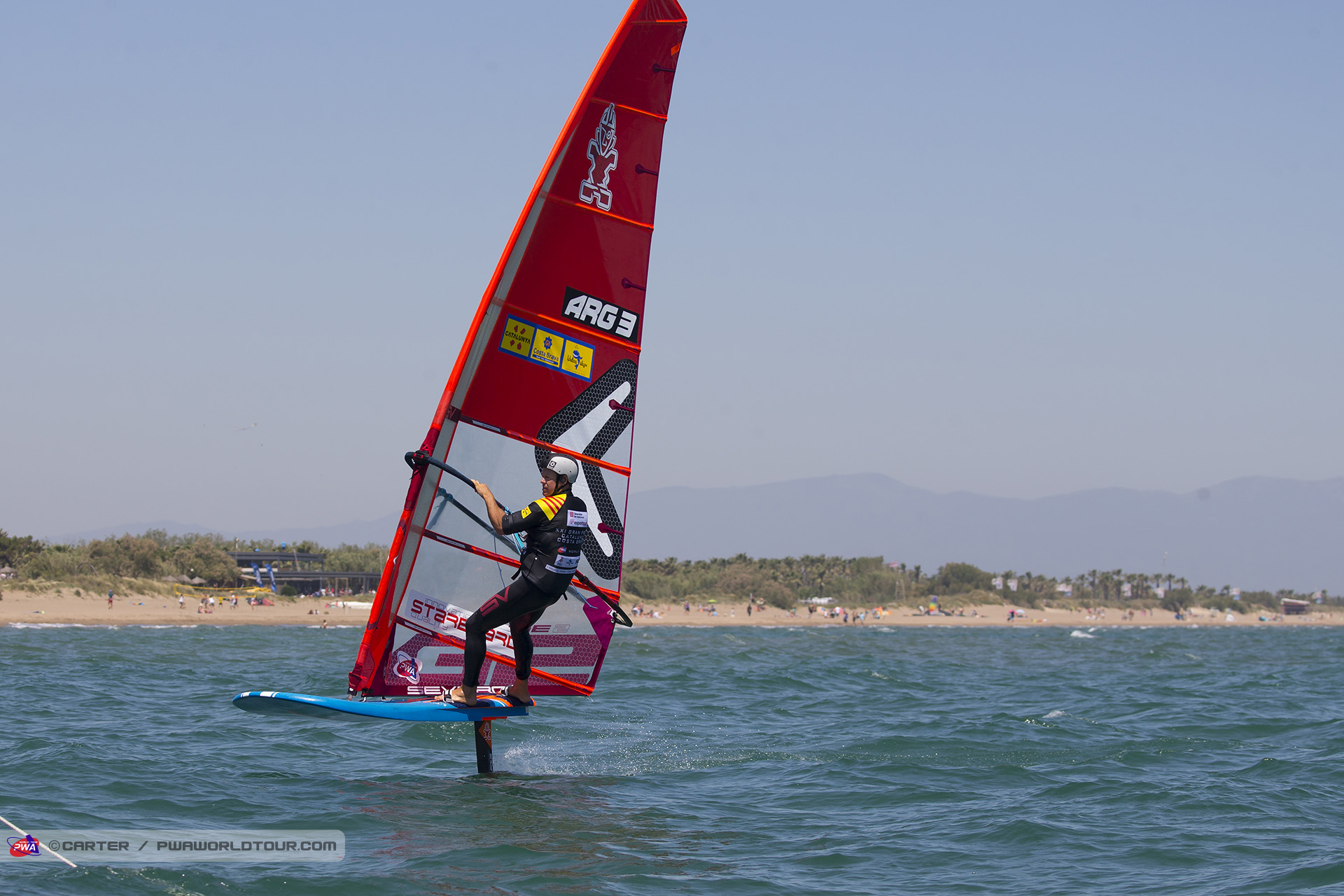 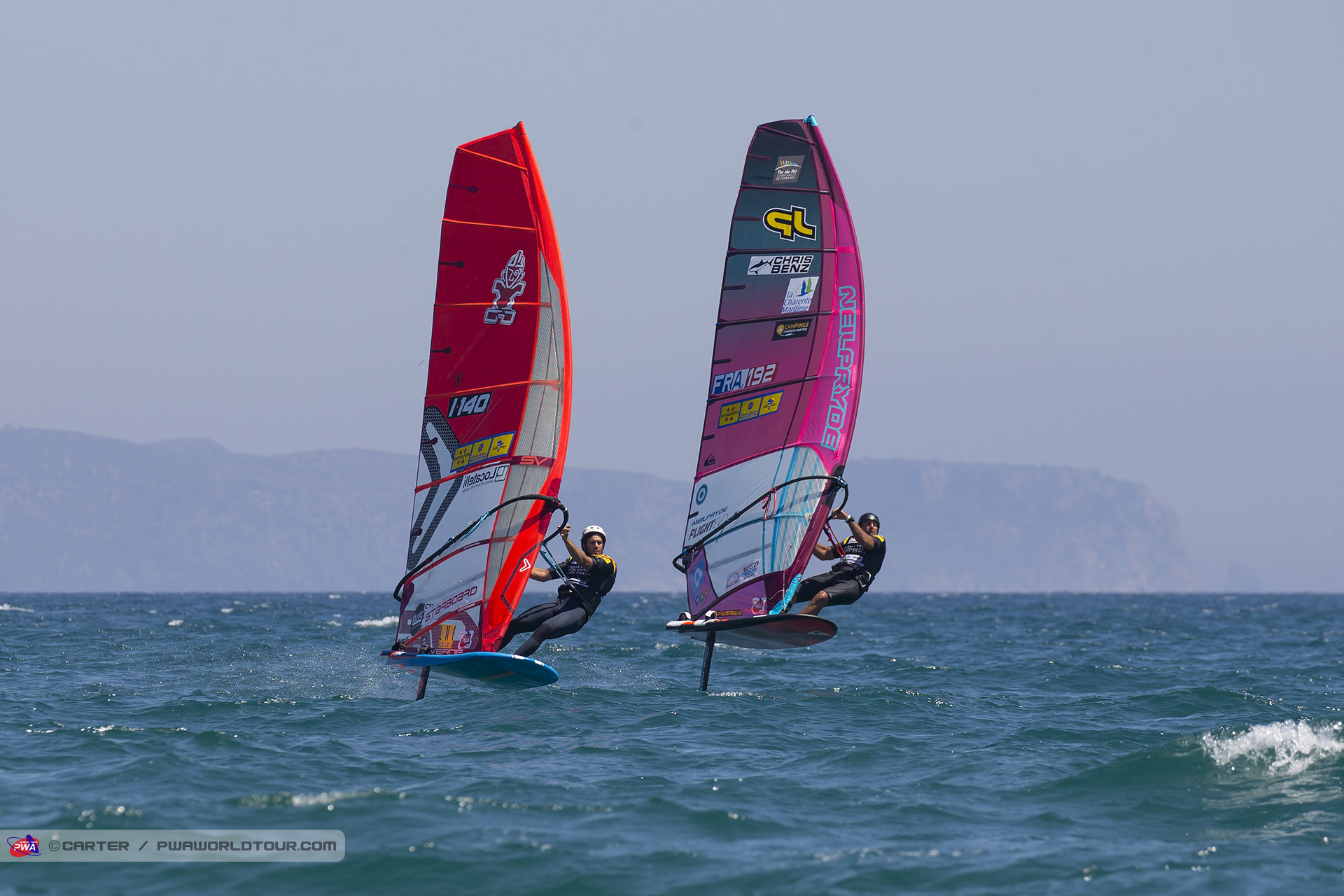 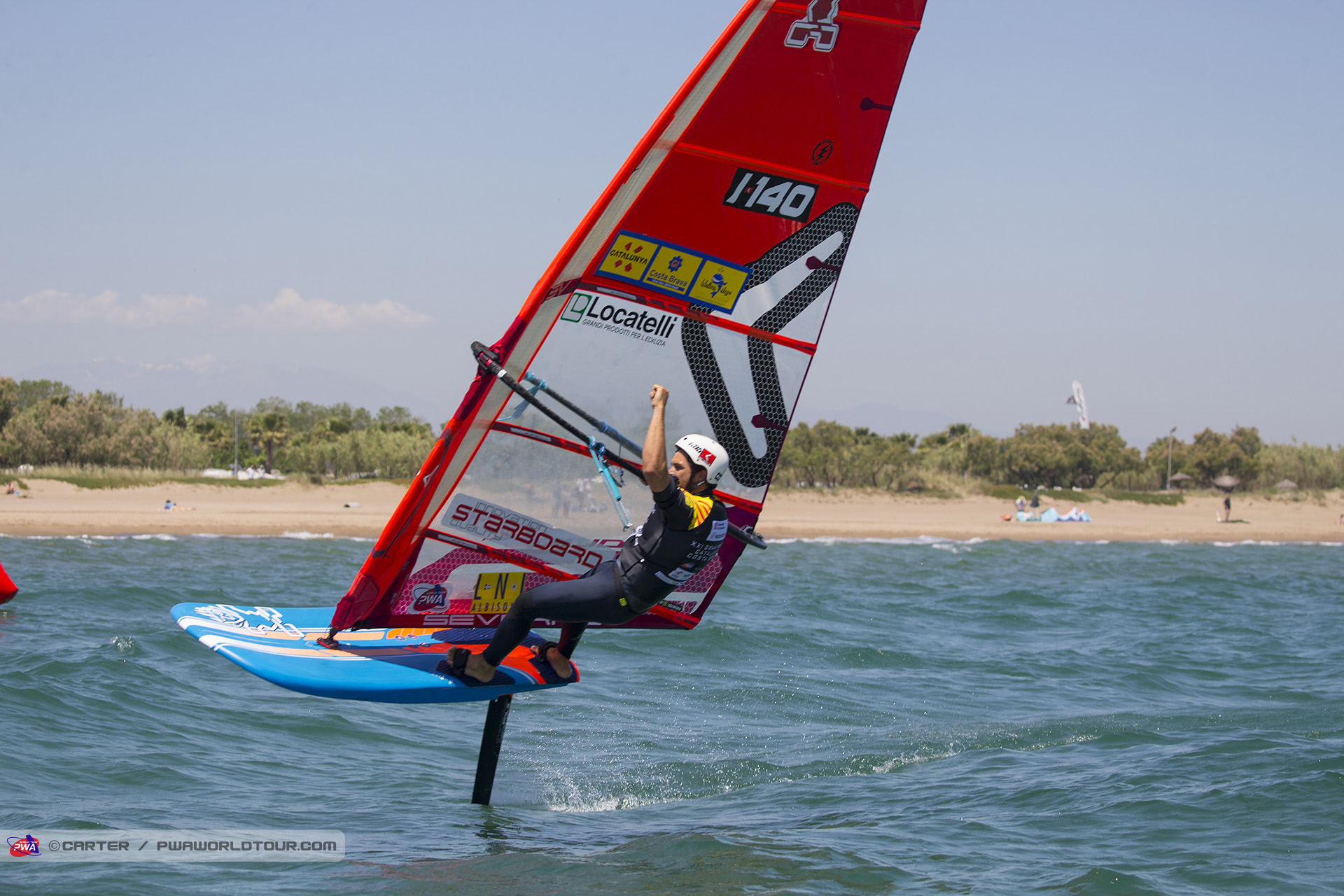 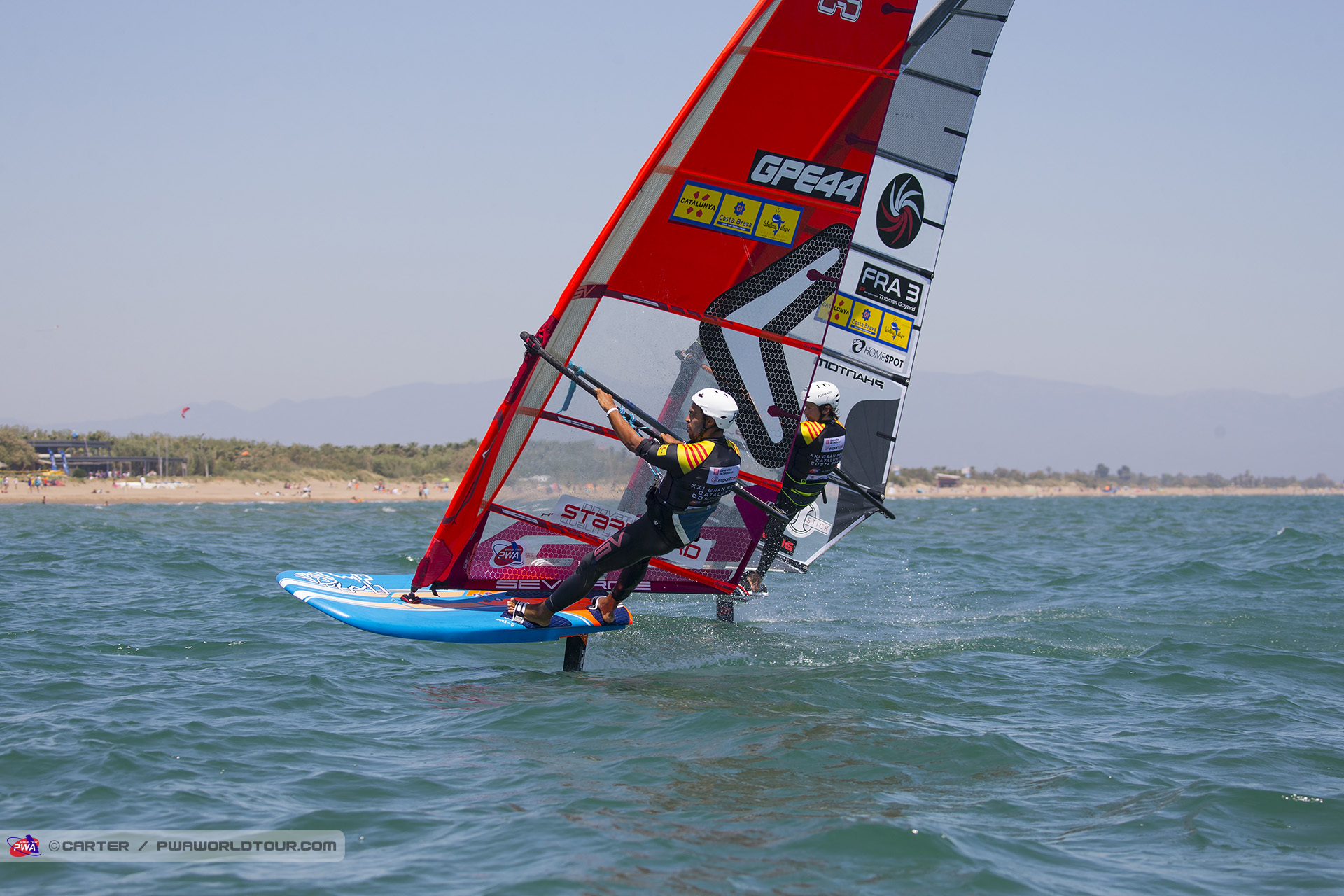 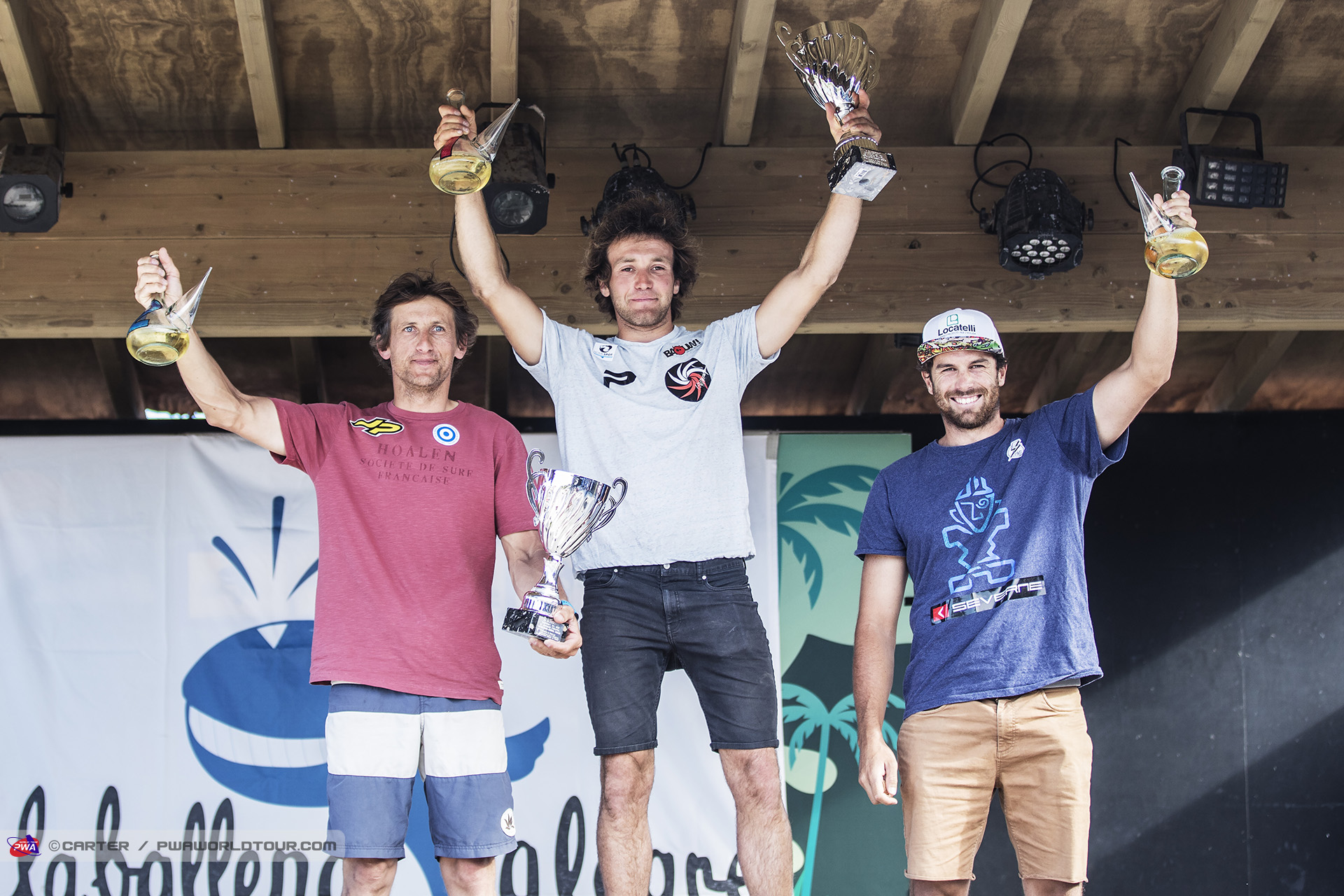