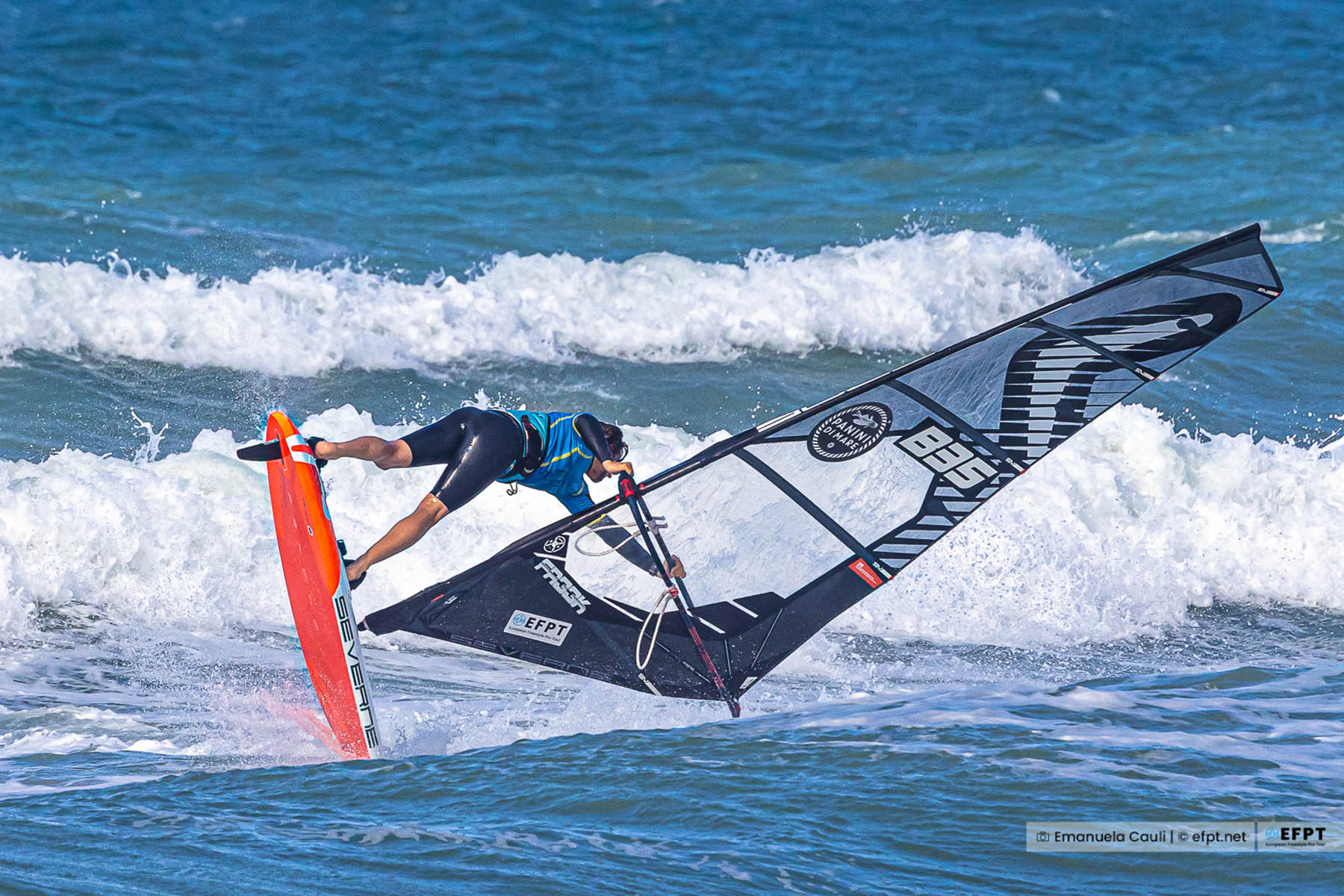 From the 9 to the 12th of June the Freestyle scene was set by the Italian shores of the Adriatic sea. The town of Vieste was the host of the second EFPT tour stop in 2022.

With a good wind and wave forecast, high-end freestyle action was in the cards going into the event leading to high anticipation and expectations from all riders.

On the second day of the contest, the wind filled in nicely in the afternoon and produced some good stunt ramps; making it possible to do back and pushloops and other top-end power freestyle moves.

The Severne team was well represented with many new and young faces at this event; many of whom had just joined in 2020, but have now developed themselves to be at international freestyle level including Primus Sörling from Sweden who, at the age of 15, enters his first international contest. 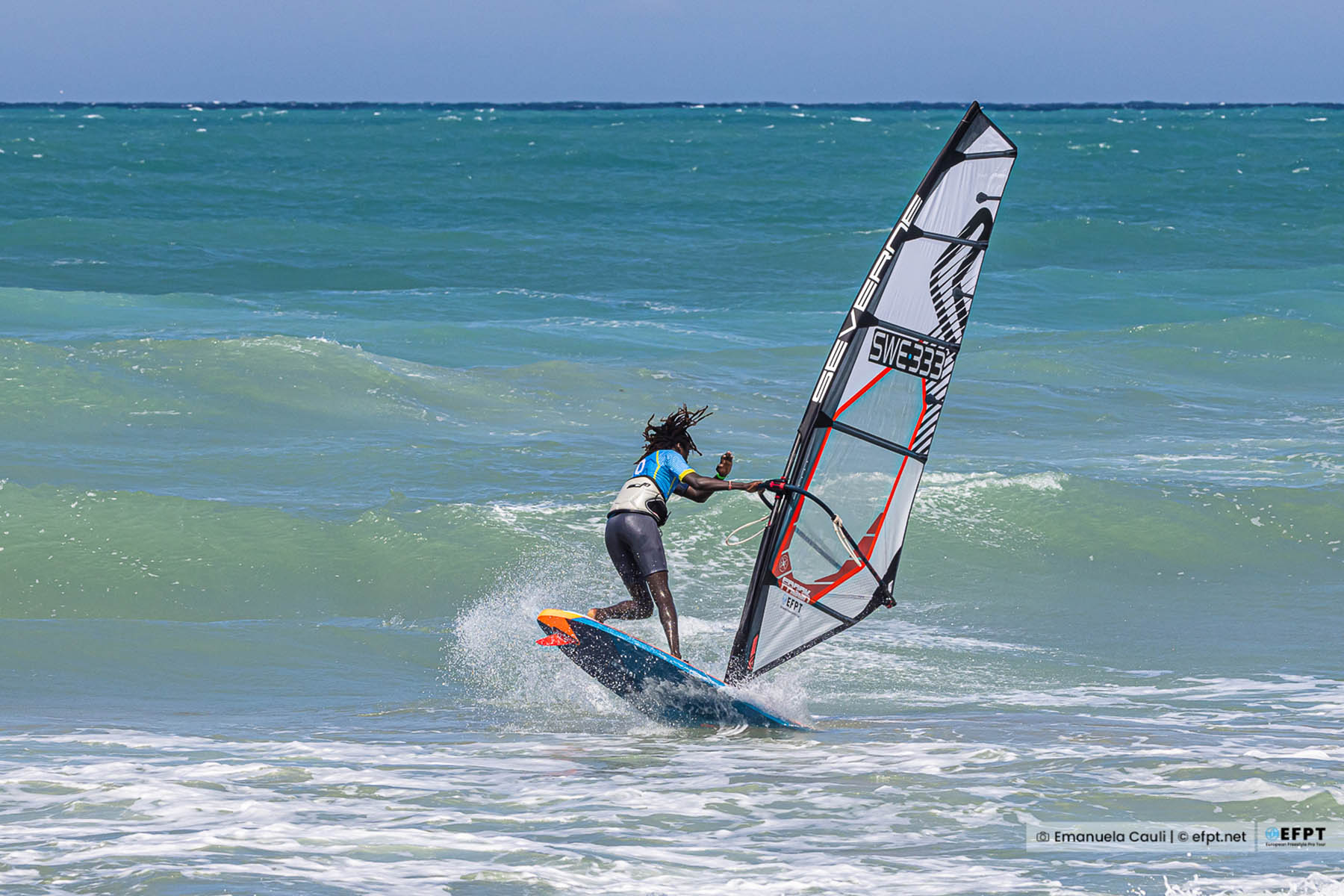 In the single elimination Dieter Van der Eyken and Felix Volkhardt met early on in round 3 with Dieter taking the upper hand in the Severne battle to progress into the quarter finals. 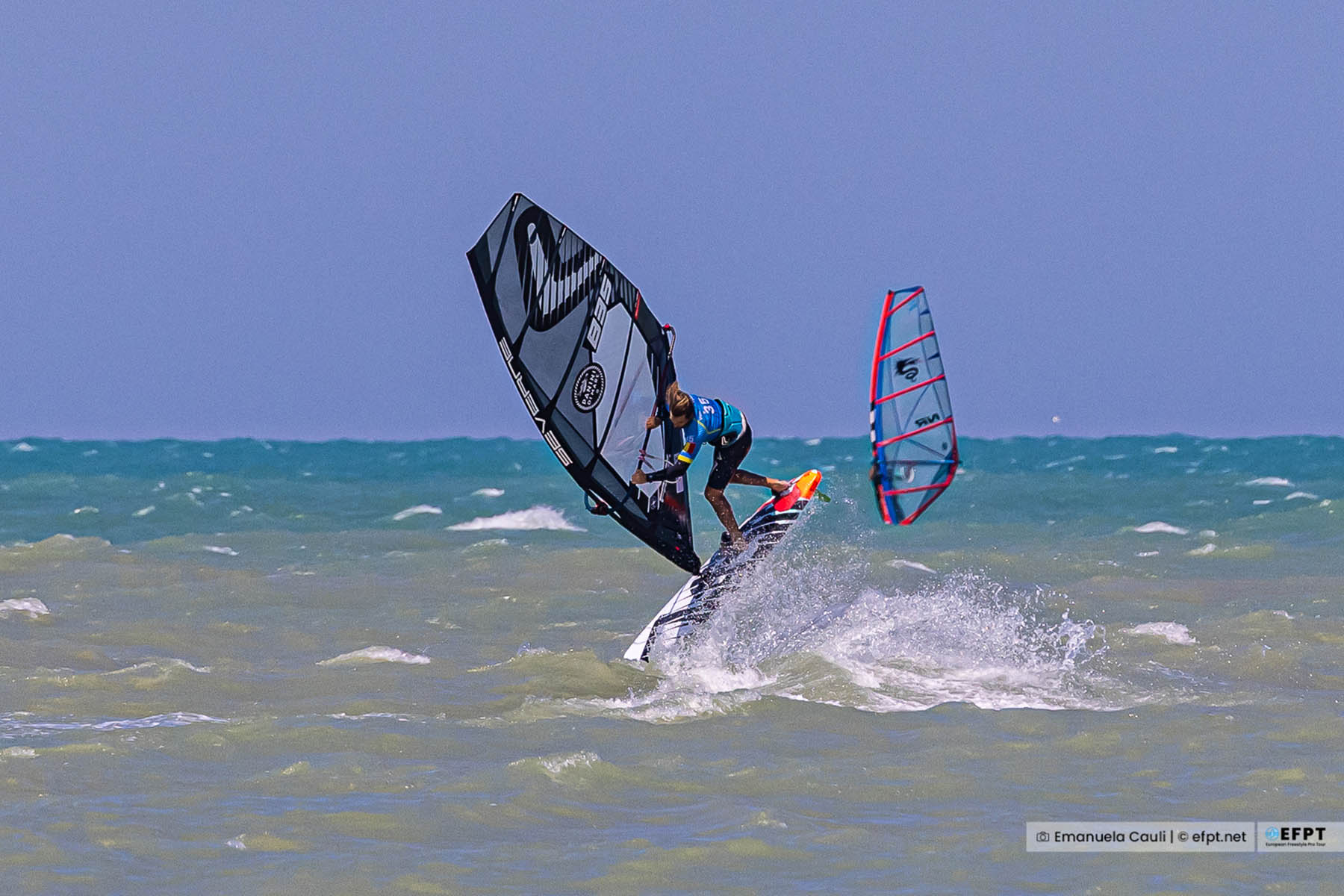 On day 3 we saw an impressive performance from Dieter Van der Eyken against Adrian Bosson in one of the highest scoring heats of the day in which Dieter narrowly missed out denying him a spot in the finals by a margin of just 0,7 points. The double elimination was the next stop for Dieter.

In the double elimination on day 4 the upcoming generation of riders got their chance to fight through the ranks. Taking the first international heat win of his young career and just narrowly missing a spot in the second round by just 0.03 points, and thus a secured top 16, was Primus Sörling from Sweden.

Felix Volkhard impressed in his earlier heat of the double elimination but missed out on a spot in the top 10 by a narrow margin to eventually claim 13th place; a result he is set to improve in future contests.

Comeback king from the first stop of the EFPT in Austria Michi Cezh enjoyed another great contest in Vieste bouncing back from an early loss in the single elimination to claim another top 10 finish in his career and taking 8th place on the overall EFPT rankings after the first 2 events. 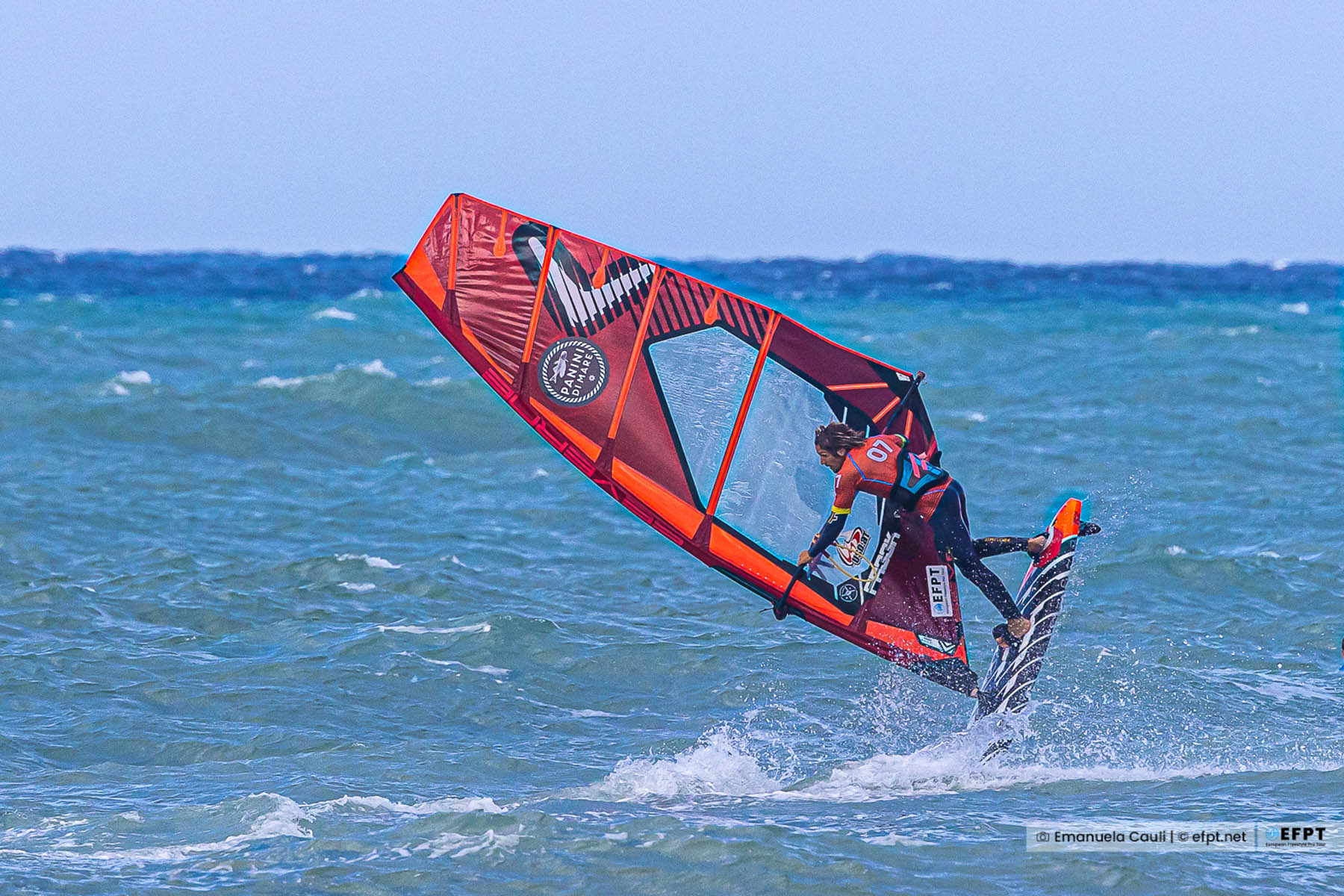 Brouwersdam local and upcoming ripper Bodhi Kempen also enjoyed his best contest to date taking down local talent Marconi Eugenio to score his first top 10 finish on the international competition scene of his career which now places him in 10th place on the overall ranking.

Bodhi Kempen’s comeback eventually was stopped by Dieter Van der Eyken who was on form in his first heats of the double elimination to win three consecutive heats and claim another top 5 finish. This leaves him currently in 3rd place in the overall rankings with lots of motivation to improve his results in the upcoming events. 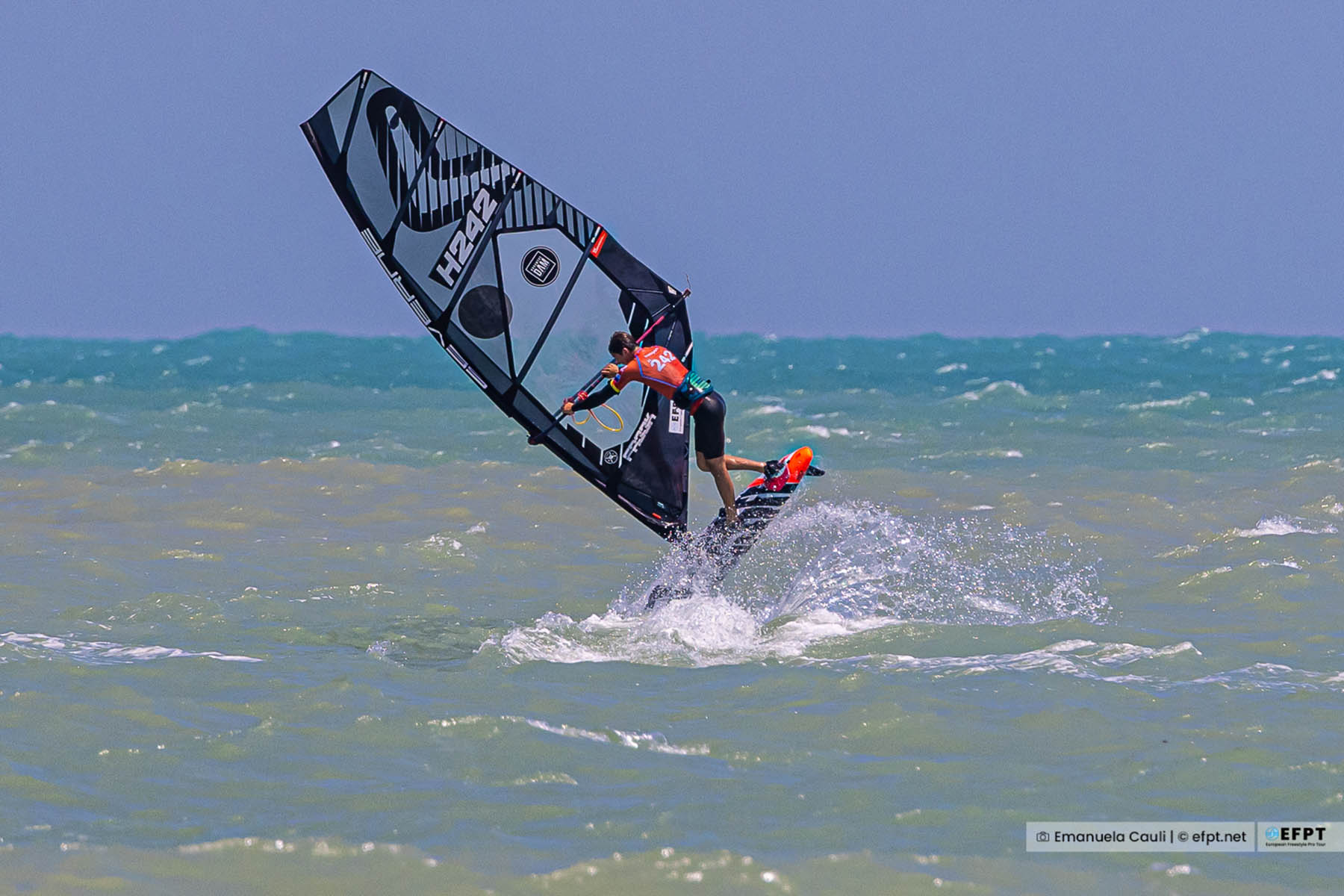 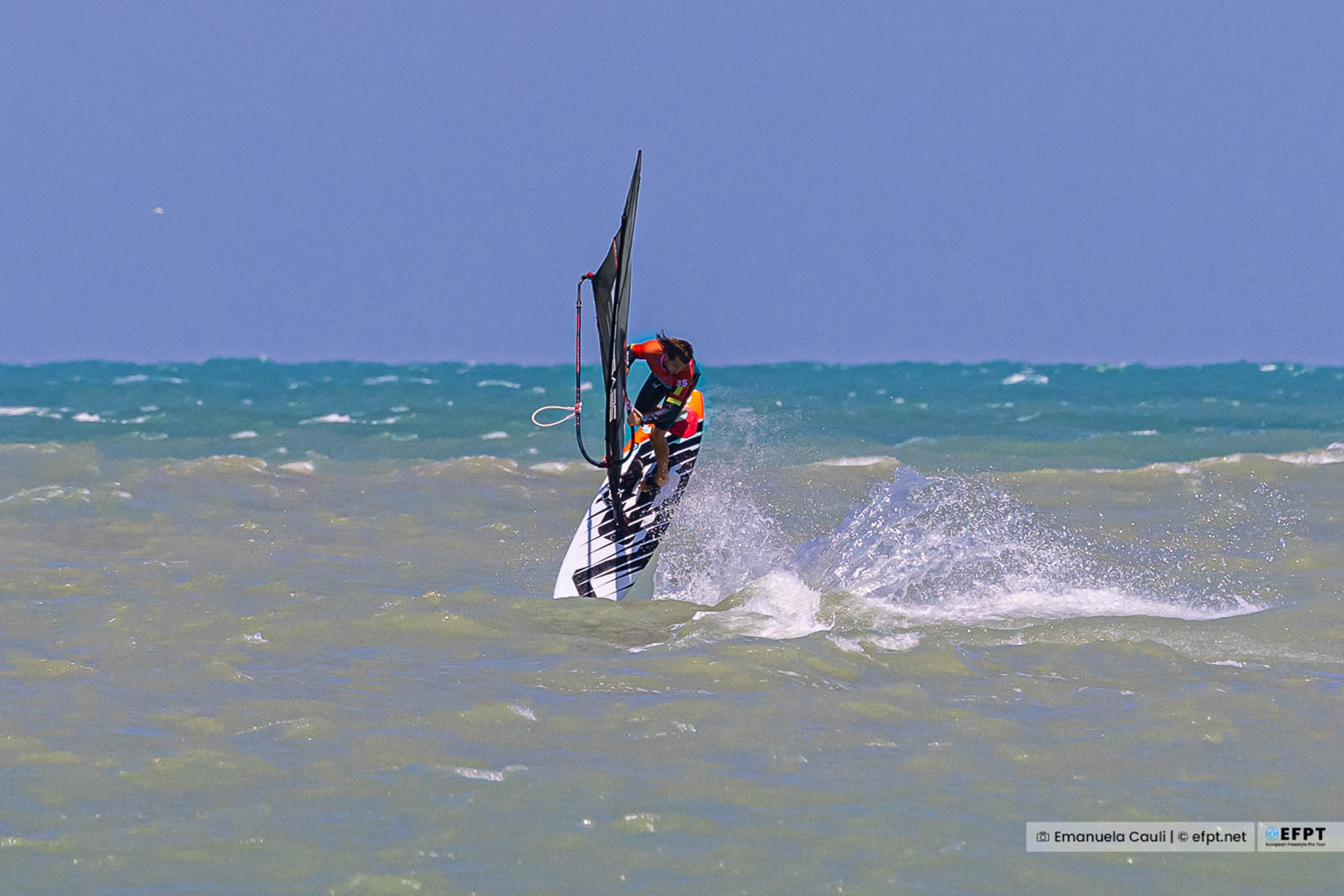 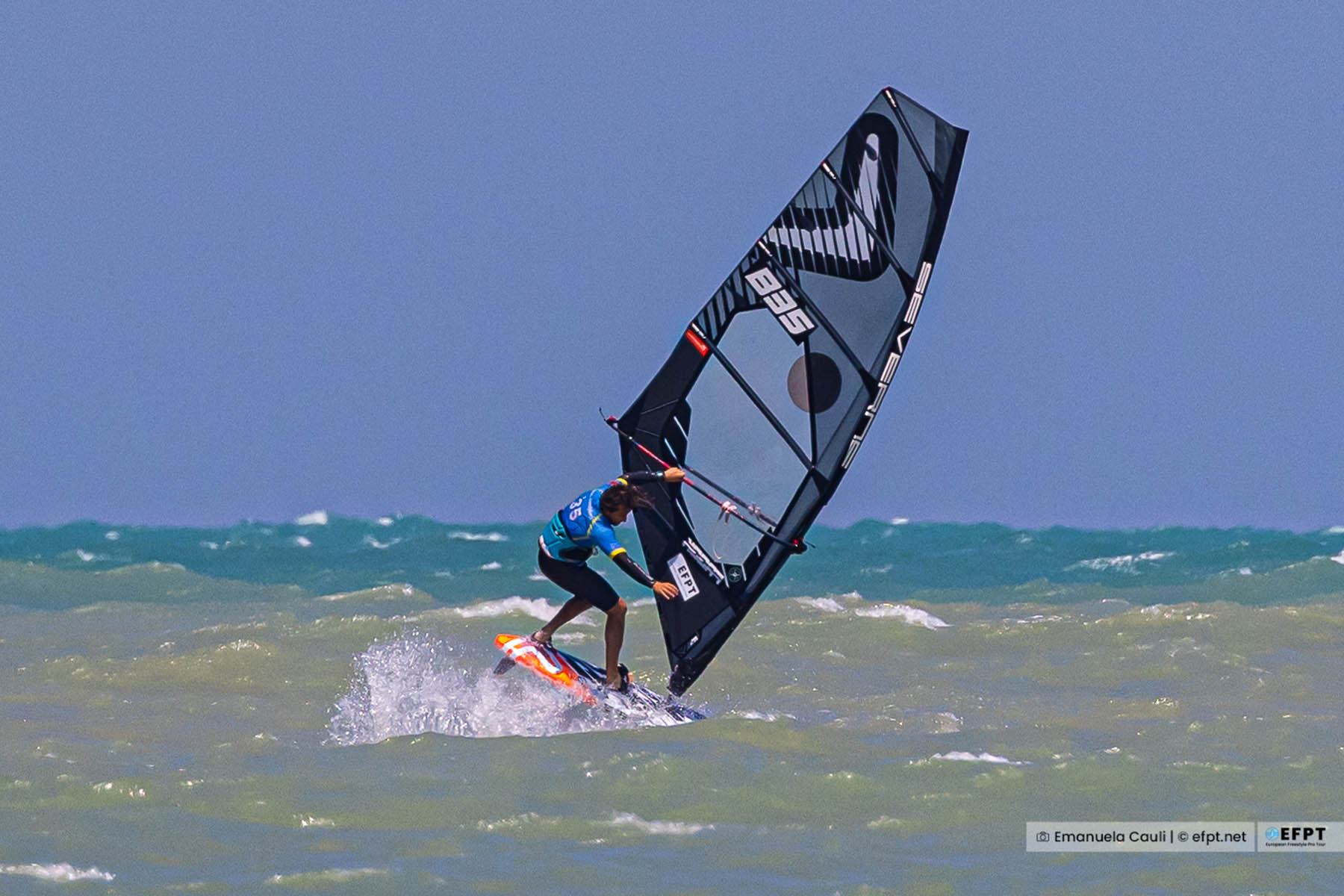 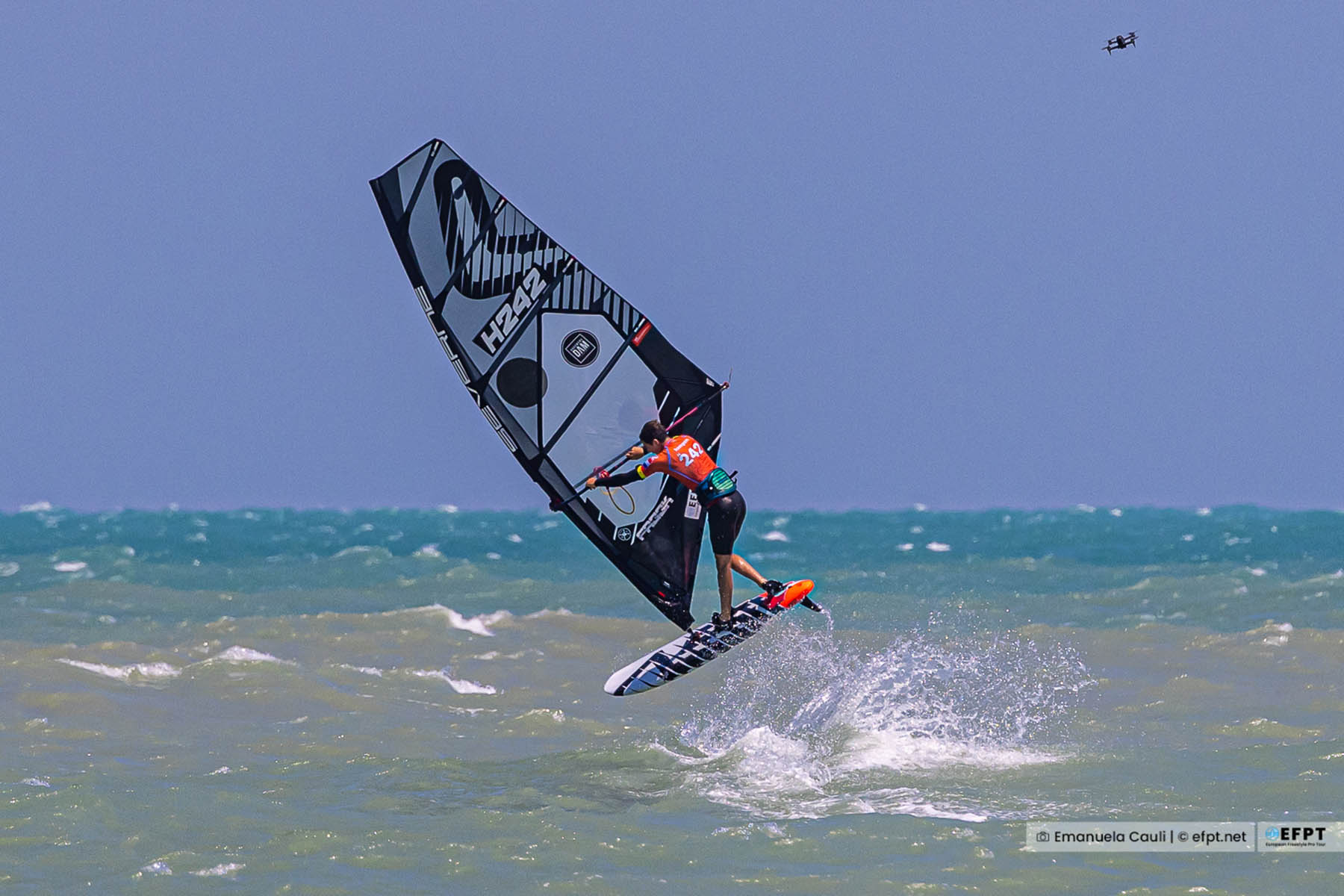 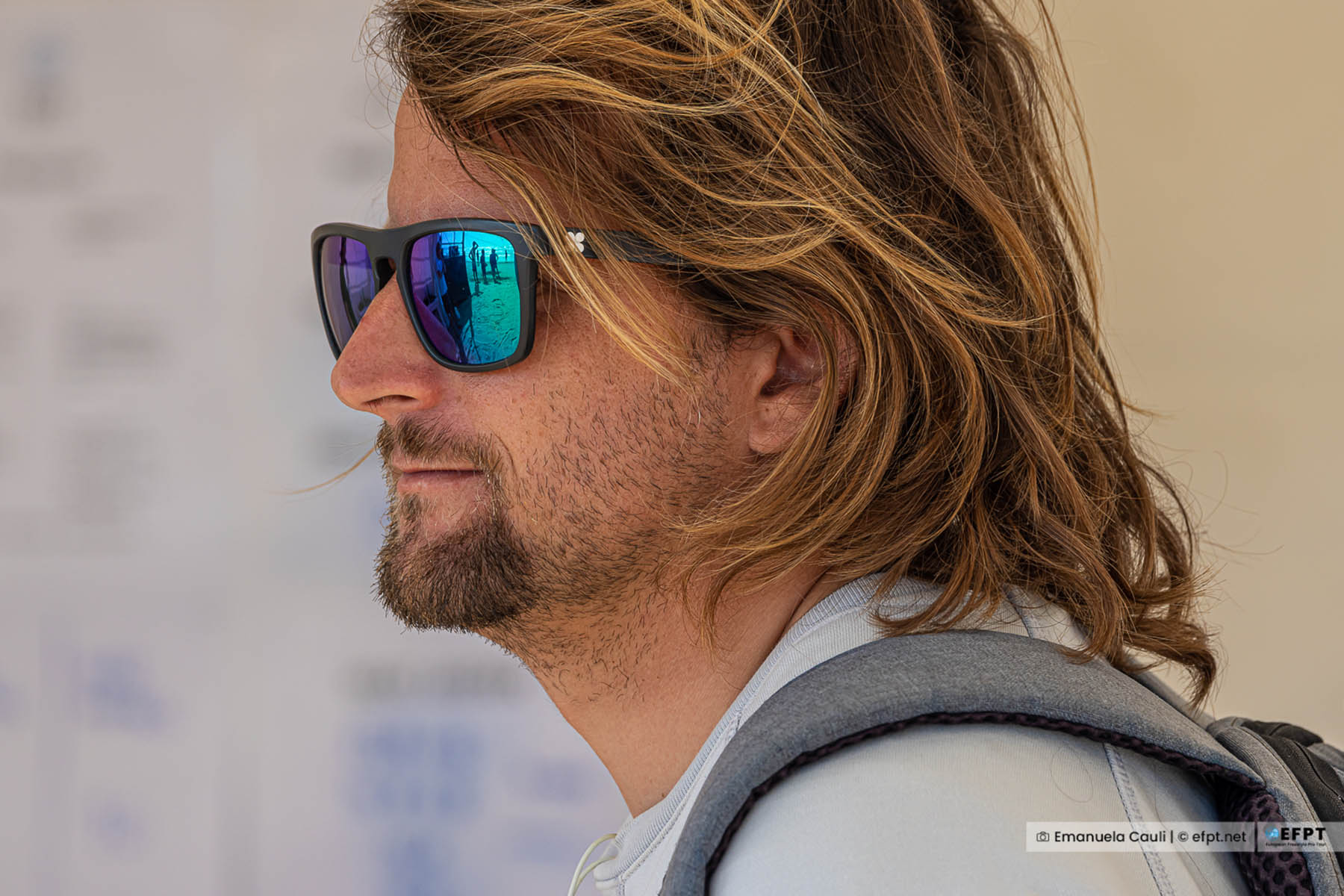 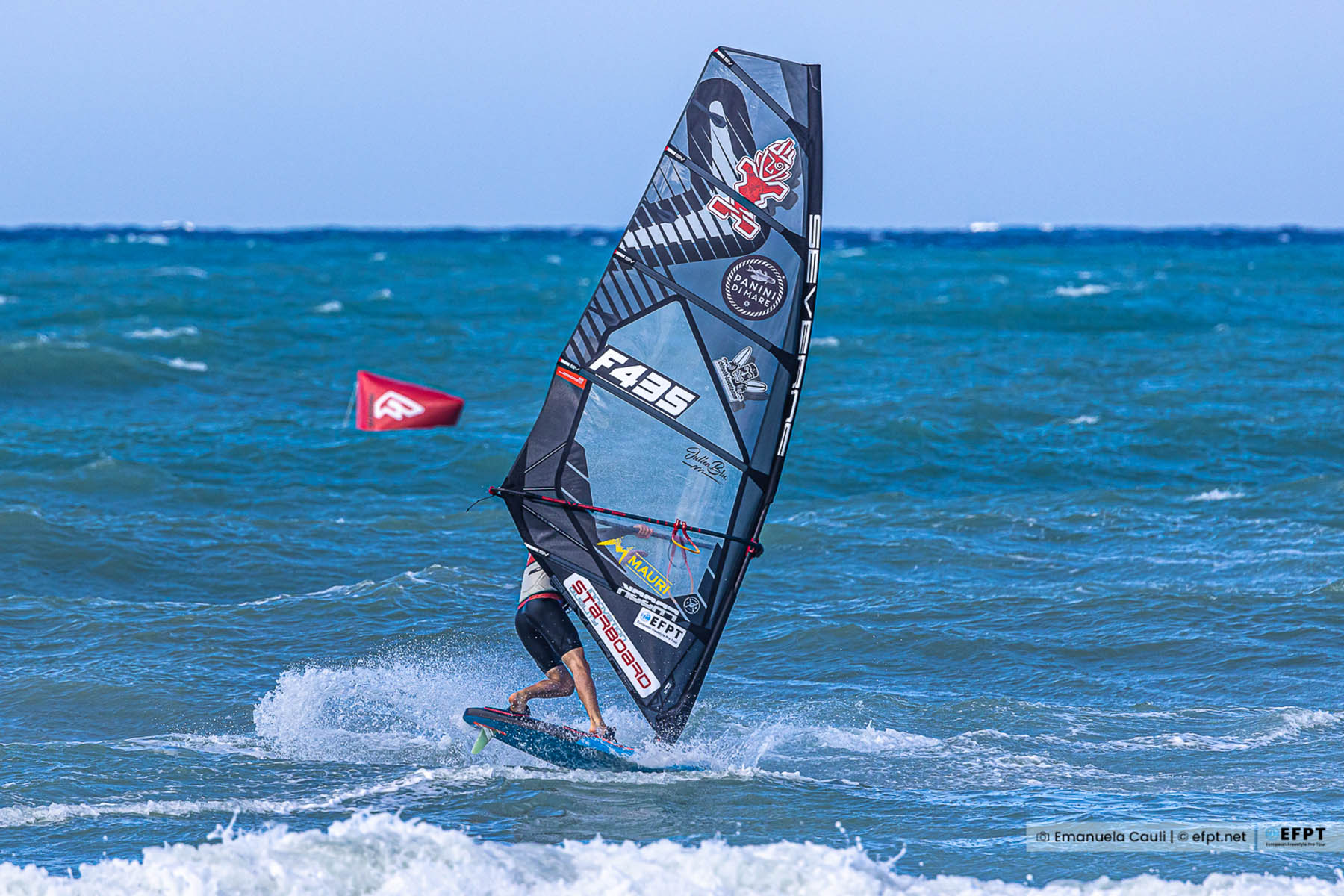 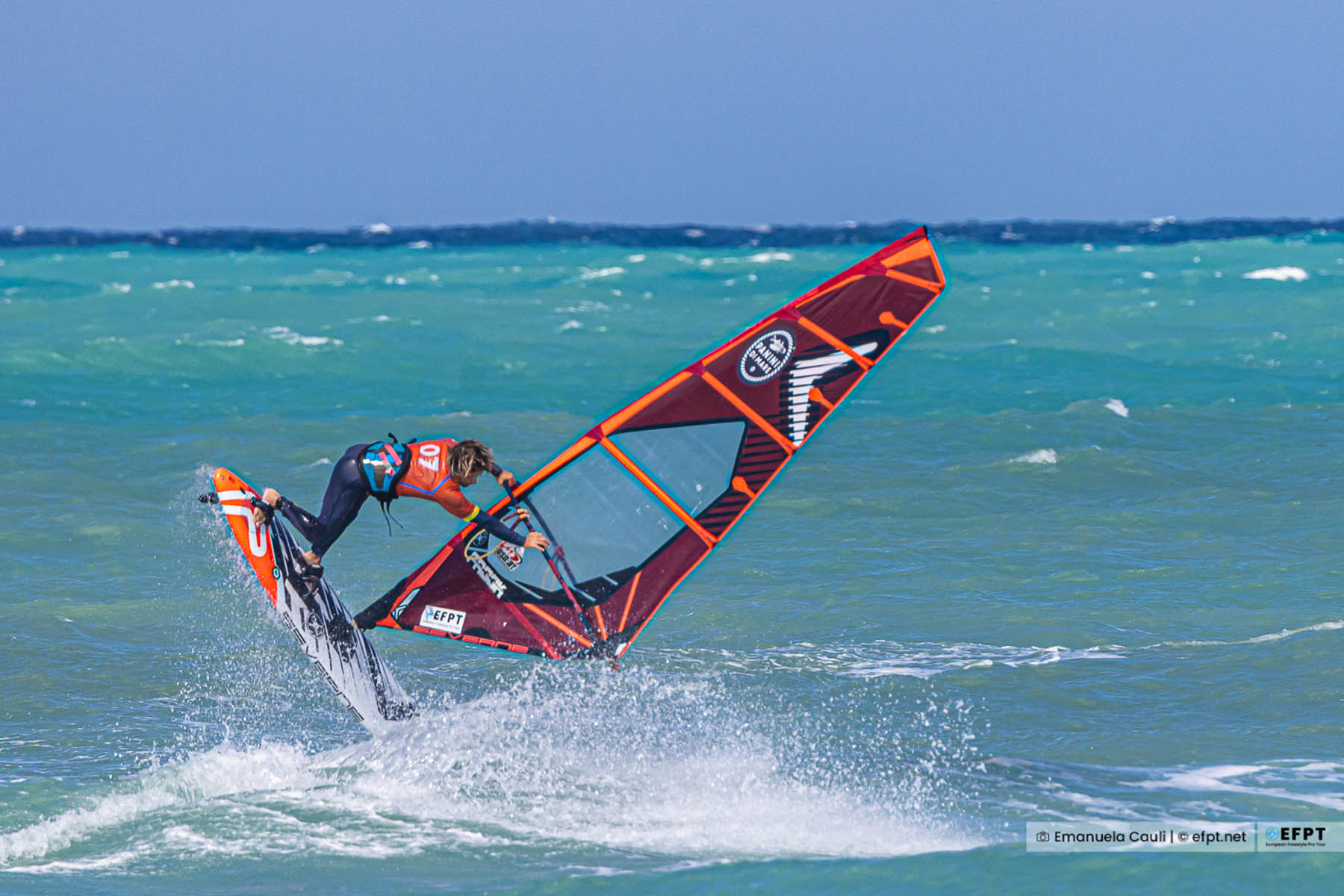 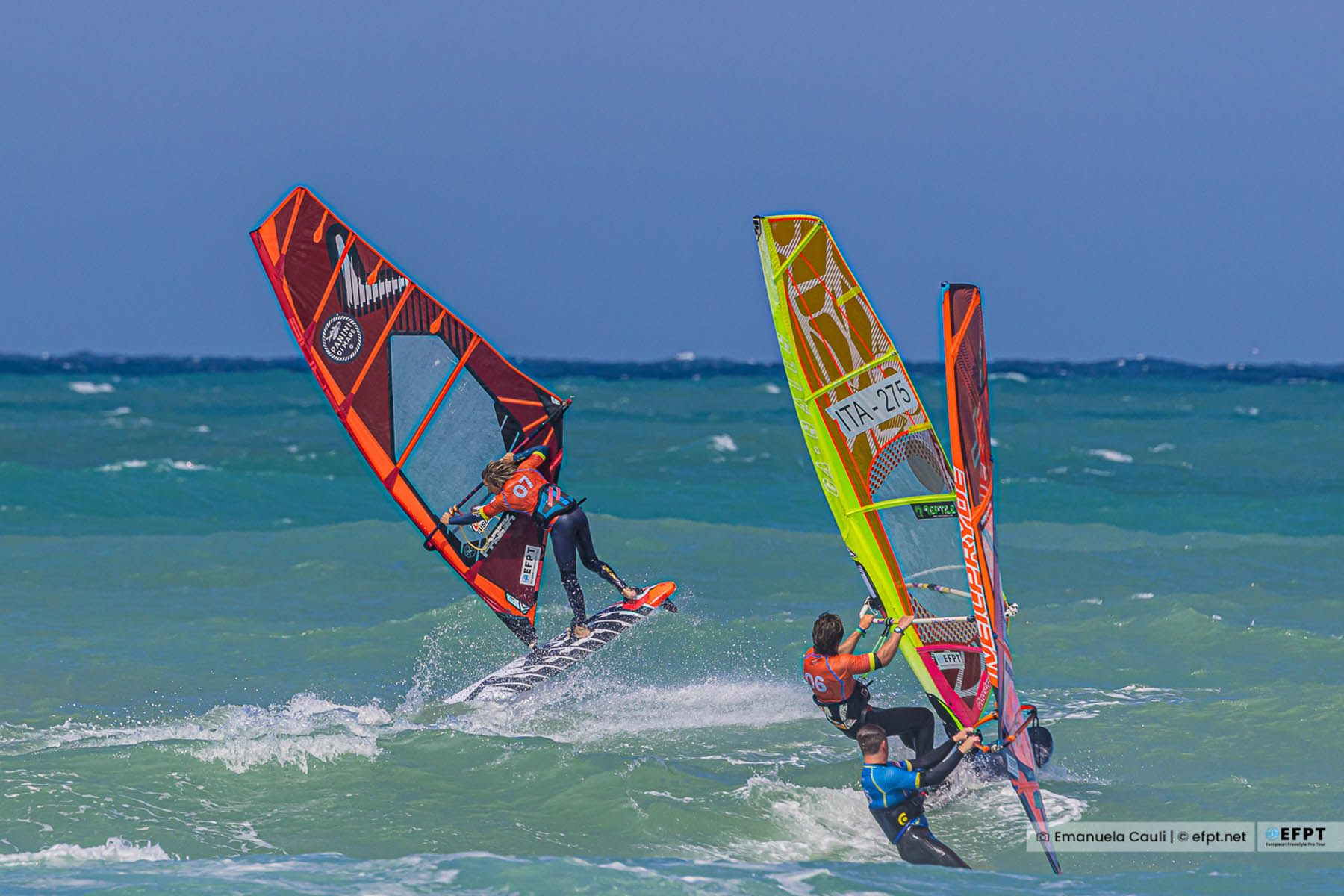 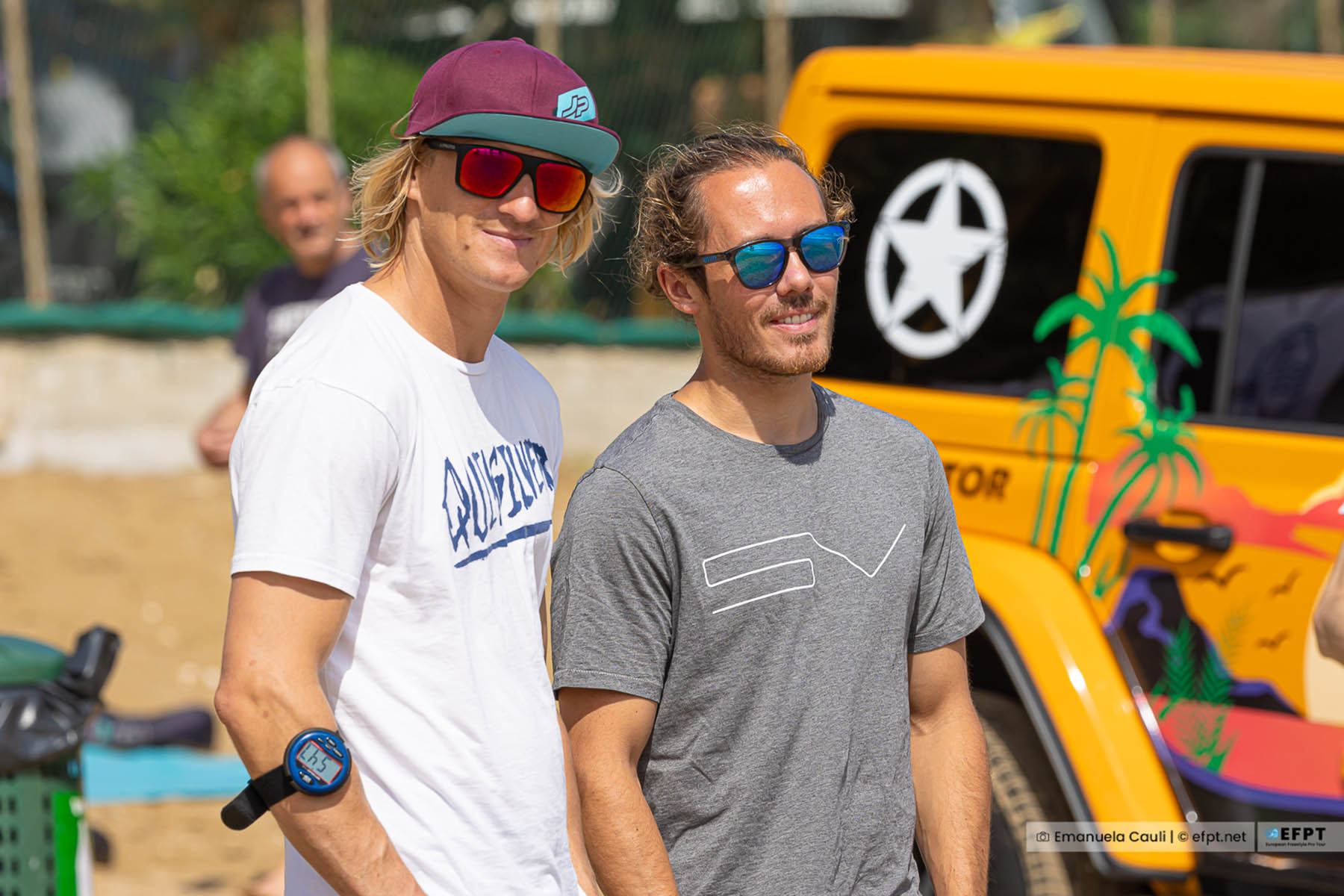 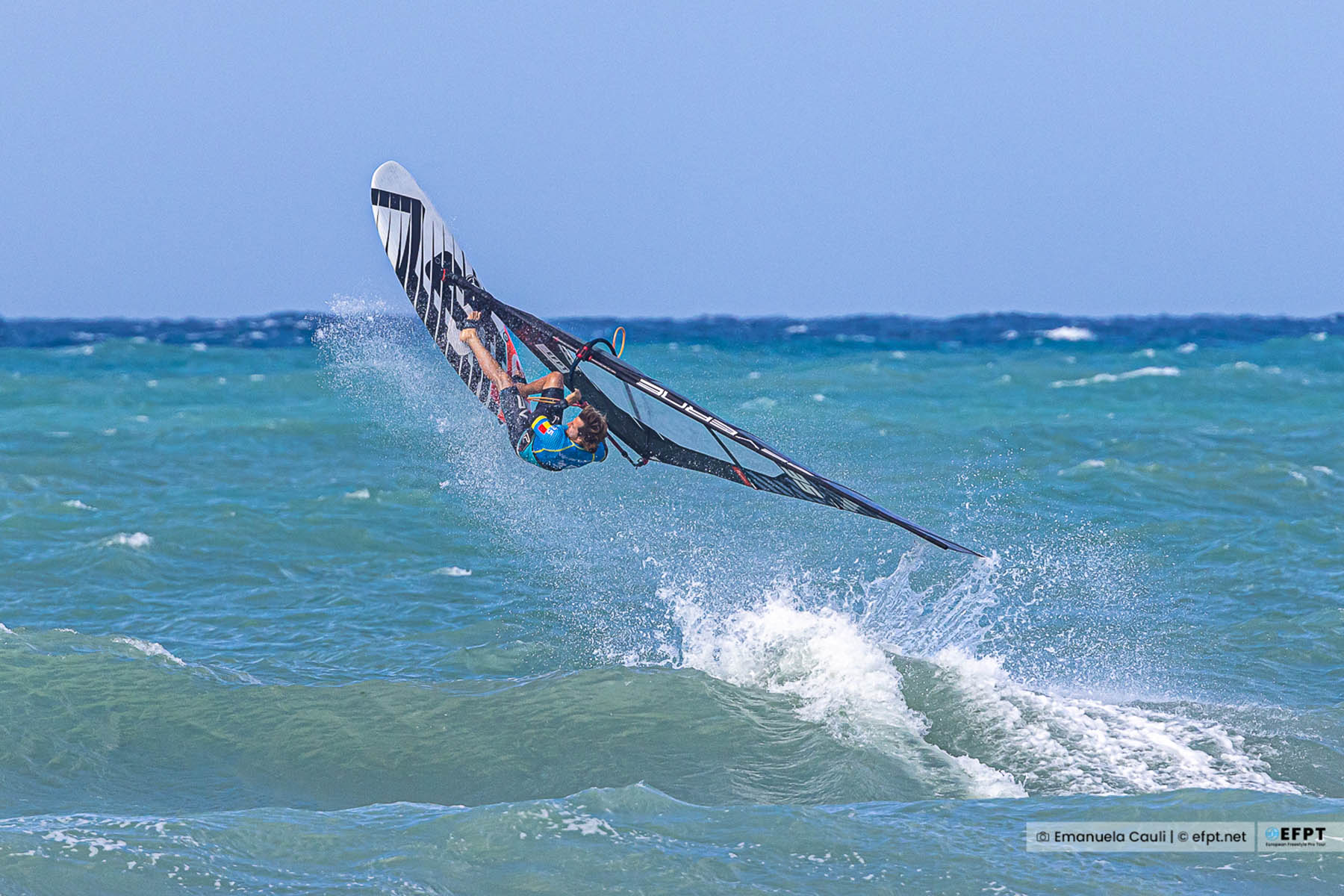 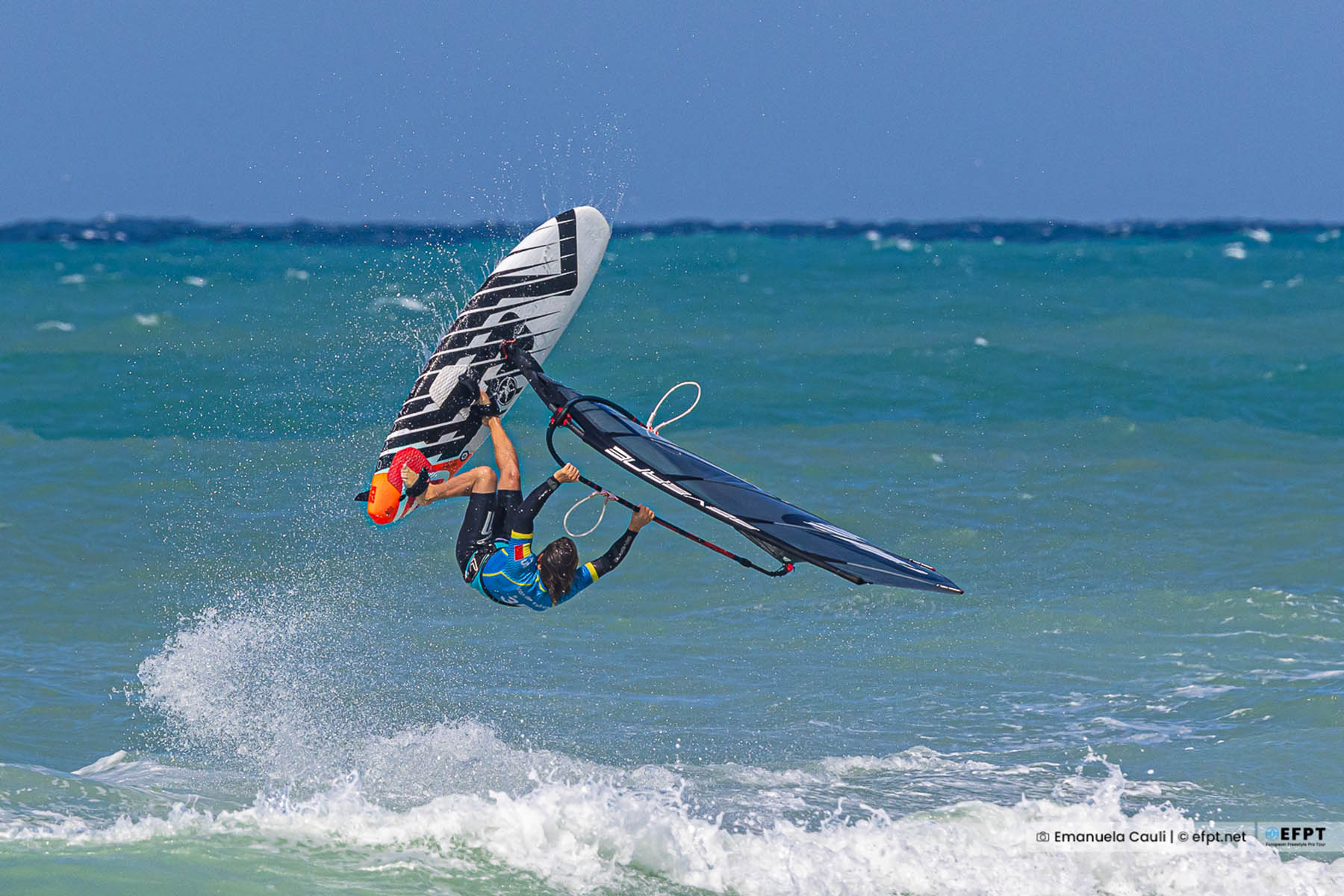 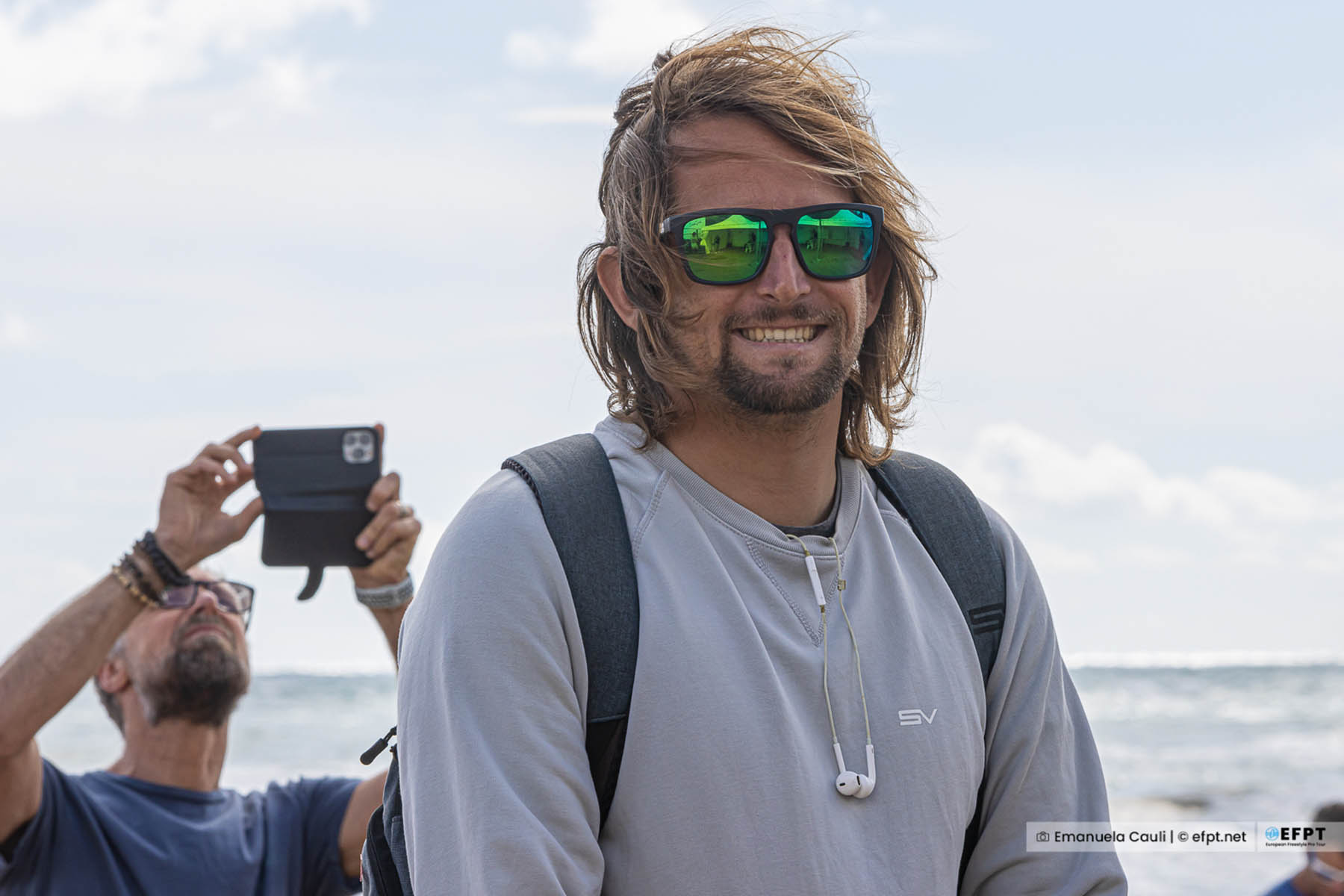 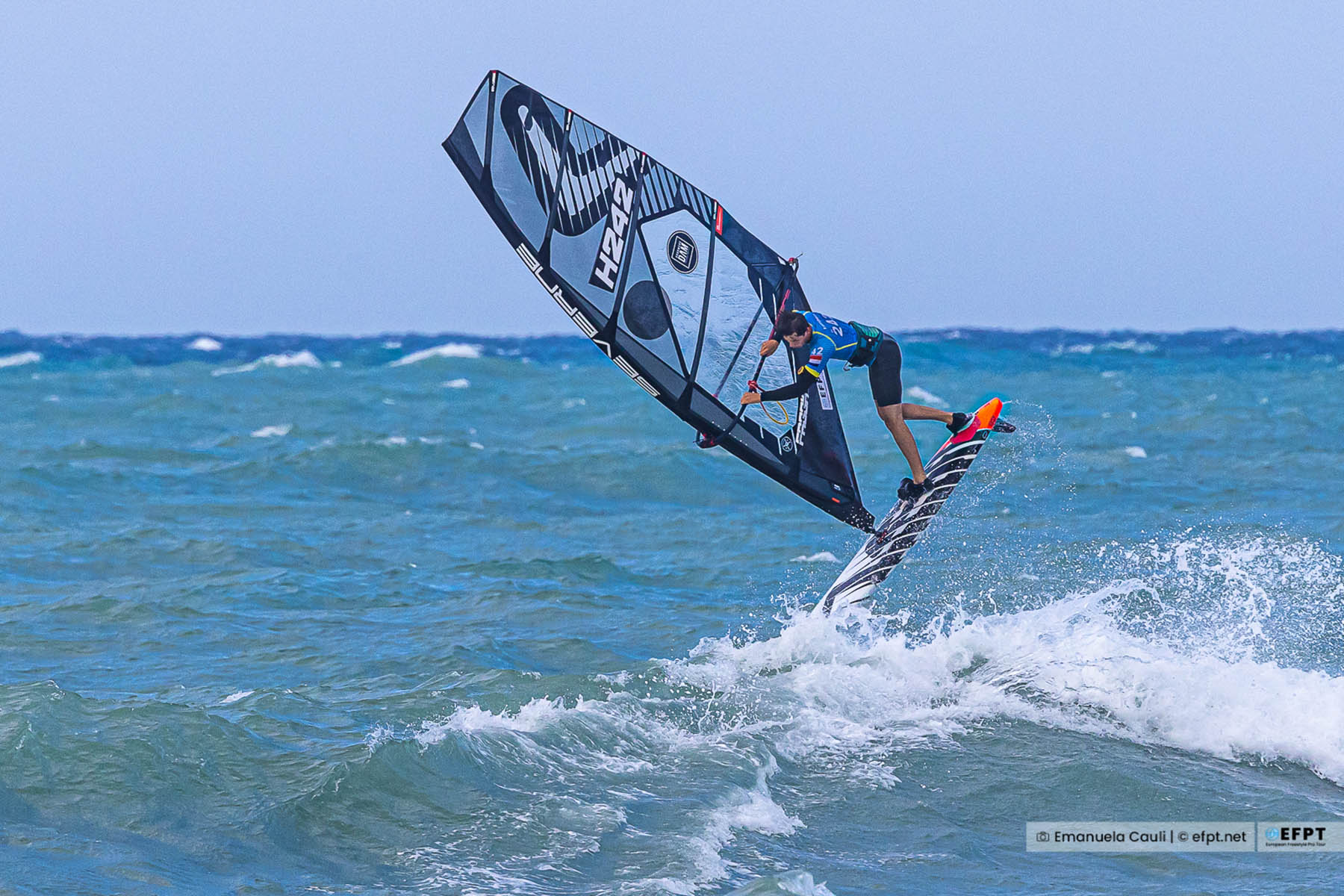 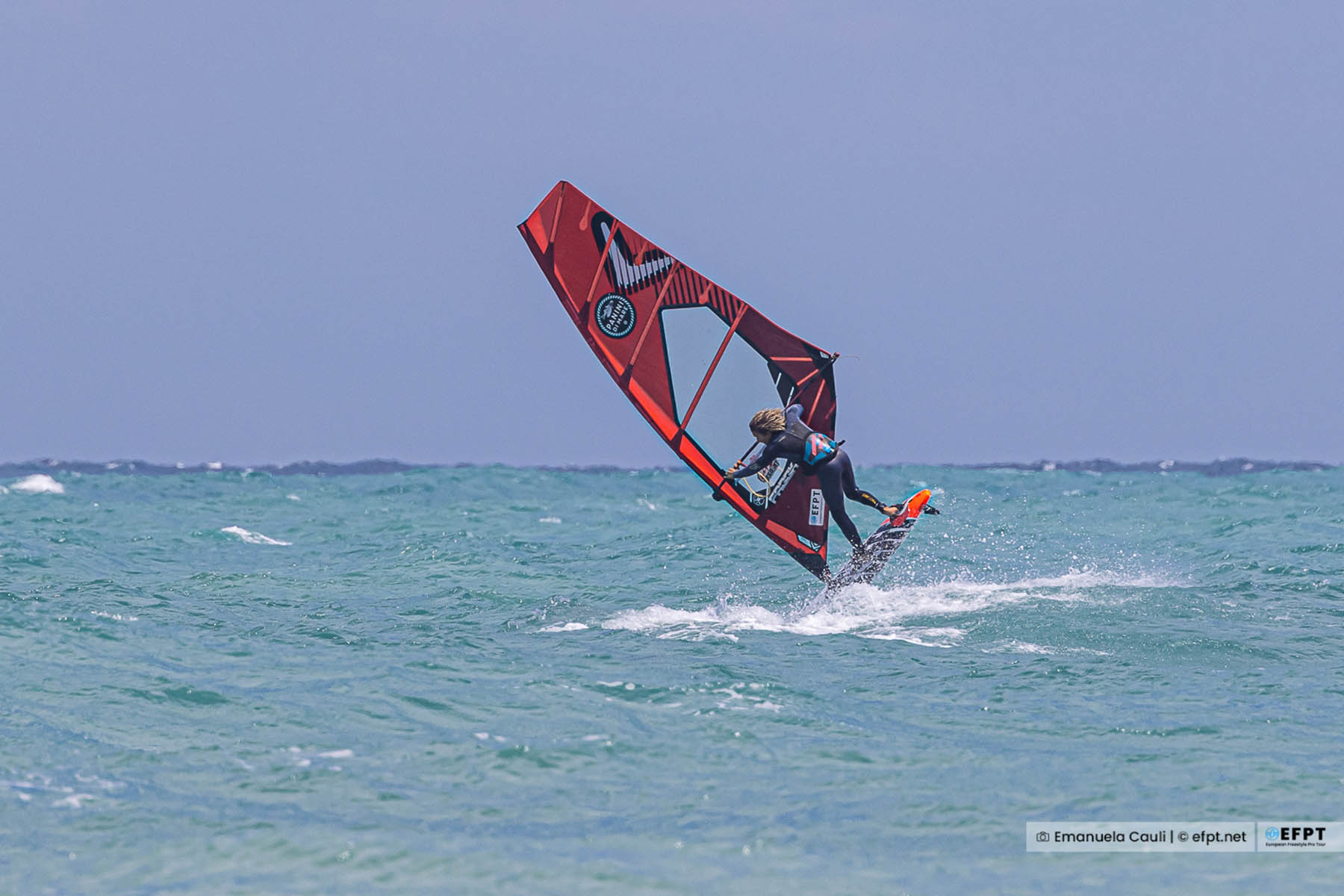