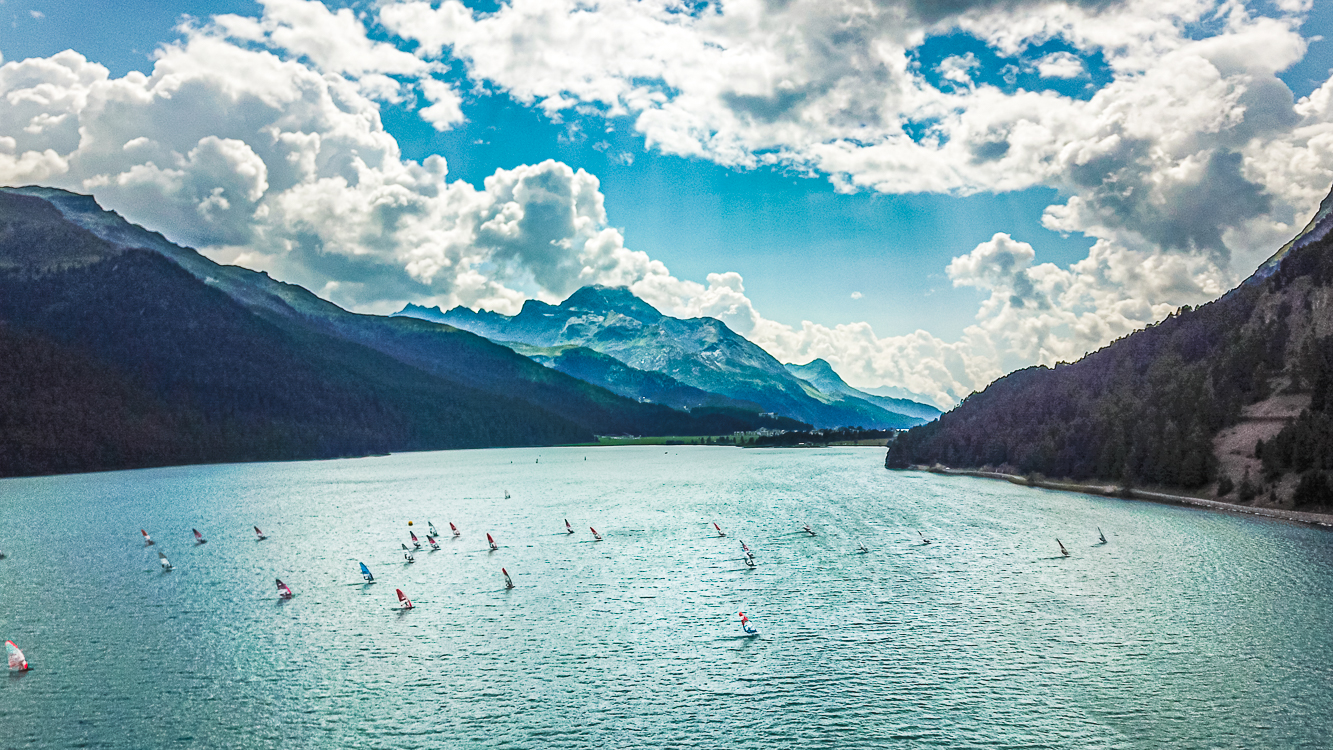 Nestled in between the mountains of the Swiss Alps, the lake of Silvaplana is already a well-established location for windsurfing and hosts the traditional Engadinwind windsurfing marathon every year. This year was no exception with the 42nd edition of the marathon, IFCA Foil World Championships, MB Foil Freestyle battle, and EFPT Tow-In invitational.

With an international fleet of more than 70 contestants, the stage was set for some high-level racing. And as per usual, the wind didn’t disappoint. Even on an average forecast, 11 races were completed. Dutch youngster and first time HyperGlide2 user dominated the first day of racing to give himself a very strong lead ahead of everyone. The following days, his competitors caught up, but never enough to challenge him.

The battle for the podium was though in general with Gonzalo Costa Hoevel fighting his way up to third overall after a relatively slow start. On the last day, however, he was overtaken by Steve Allen and had to settle for fourth place. French Julien Bontemps took second place.

In the women’s fleet, Anna Sagulenko took a clear victory with mainly only wins in all of the races.

Overall, the event was another great testament to the performance of the HyperGlide2 sail, which by now is the preferred foil racing sail on the racecourse. 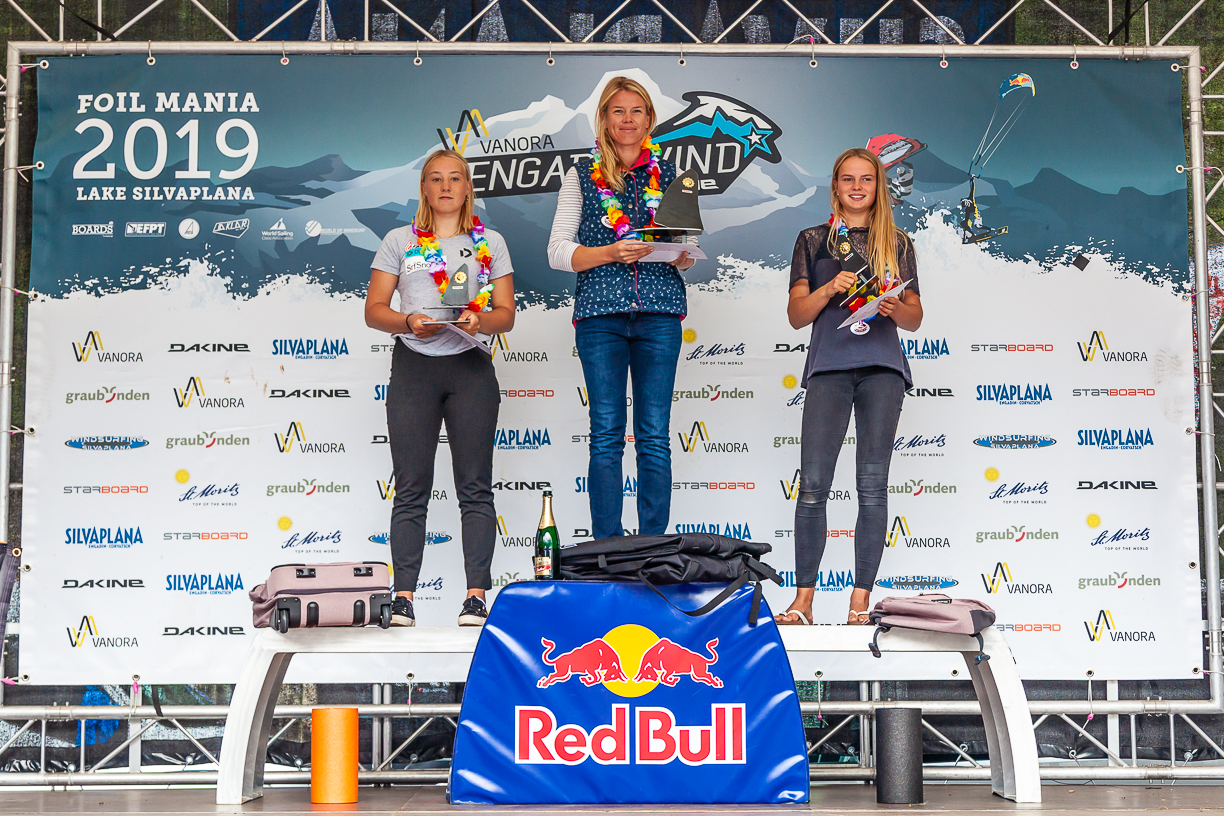 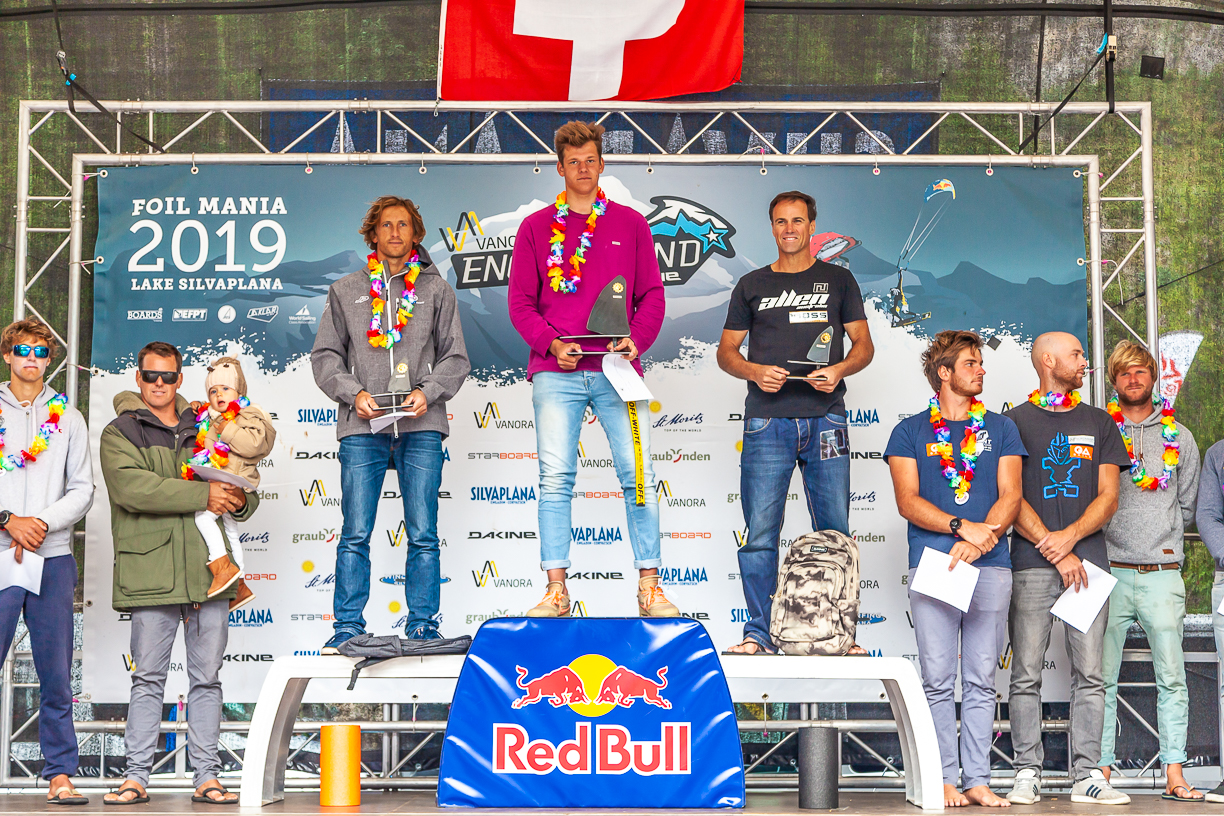 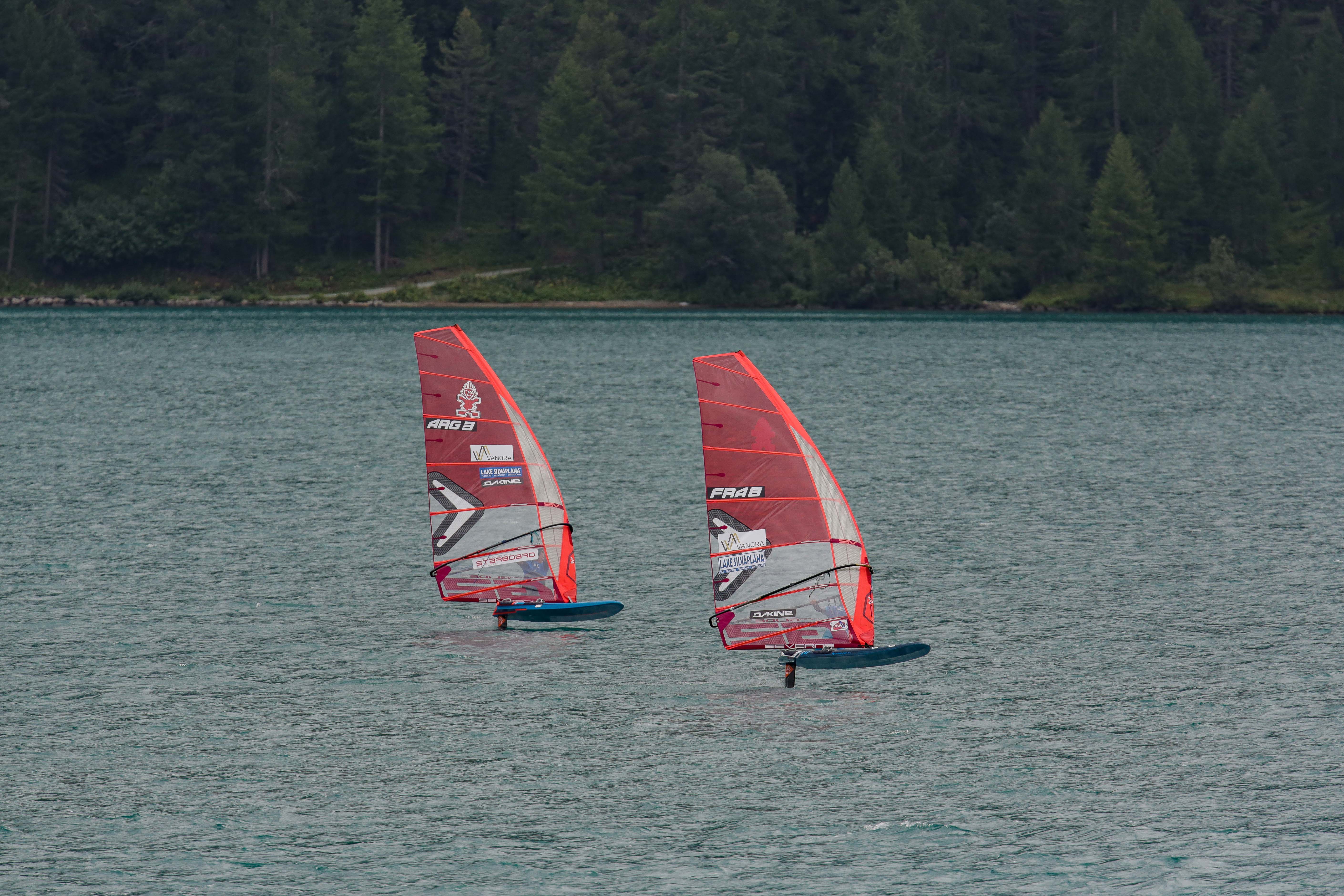 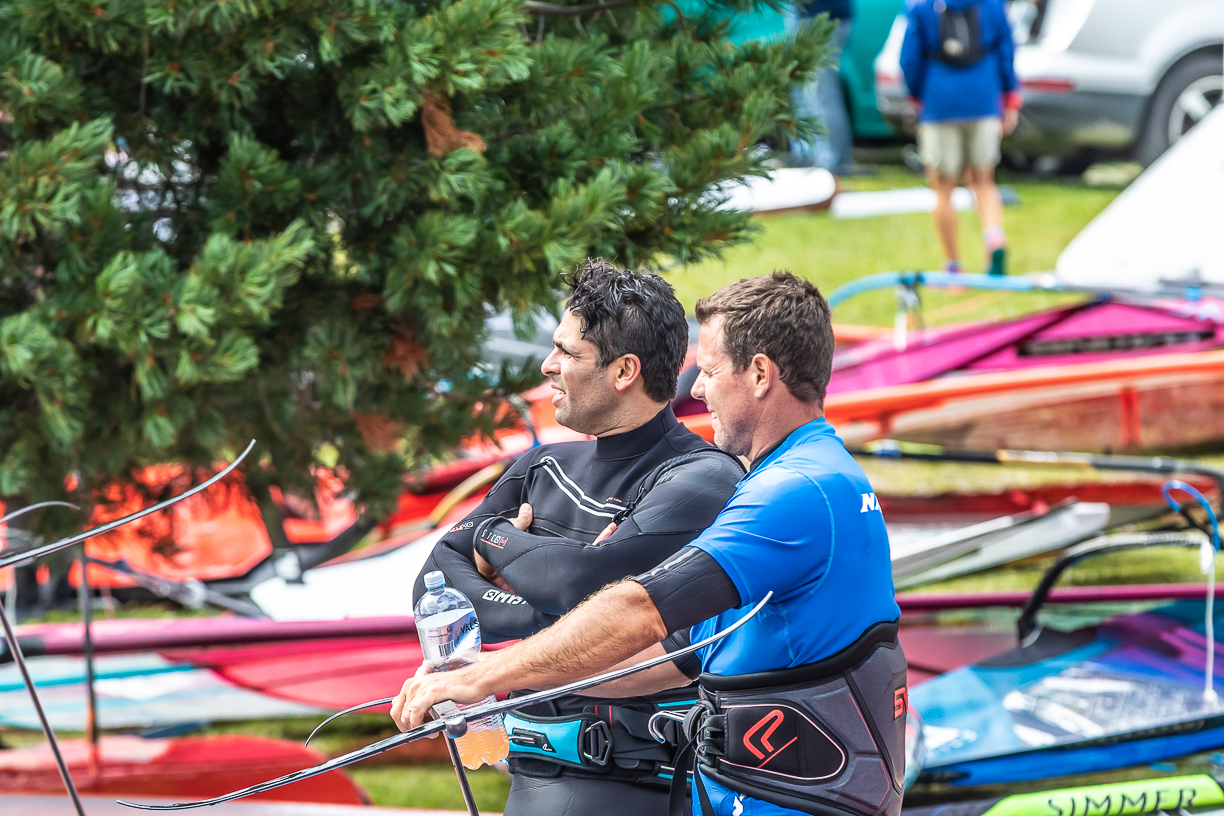 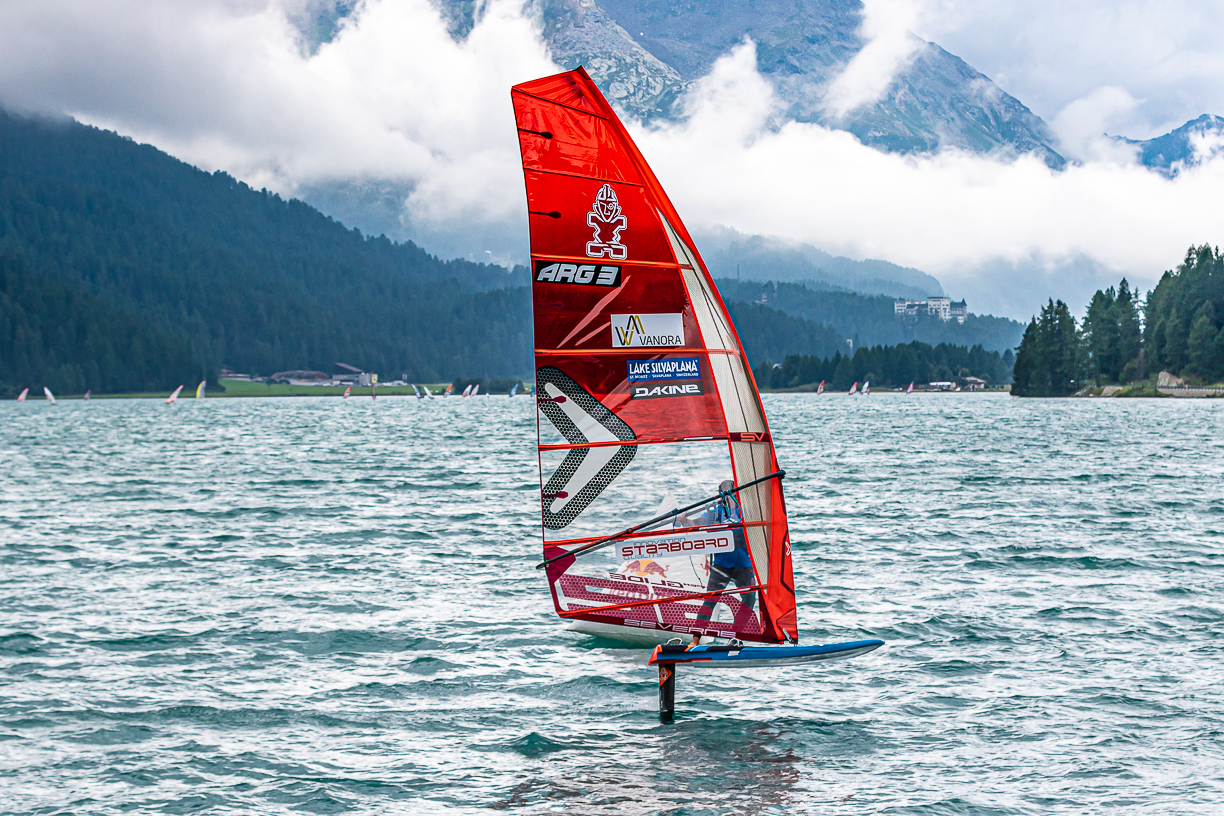 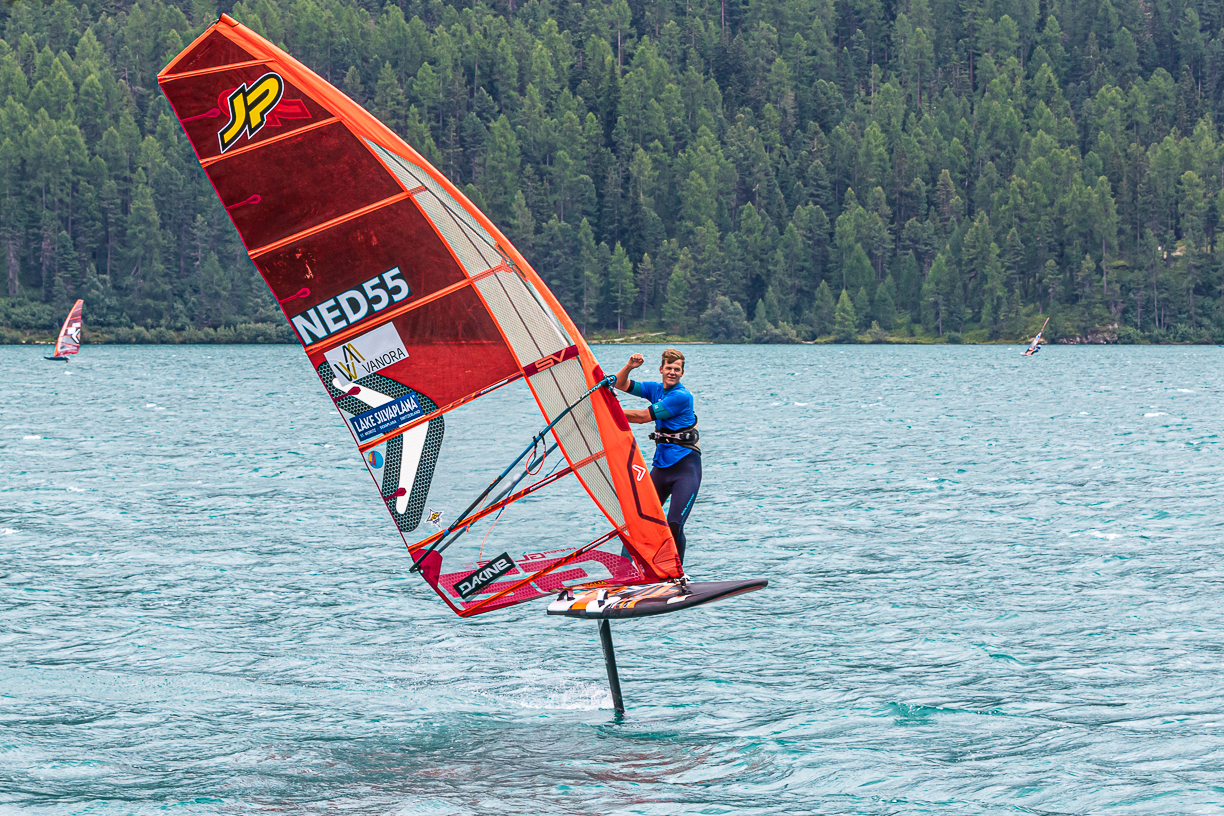 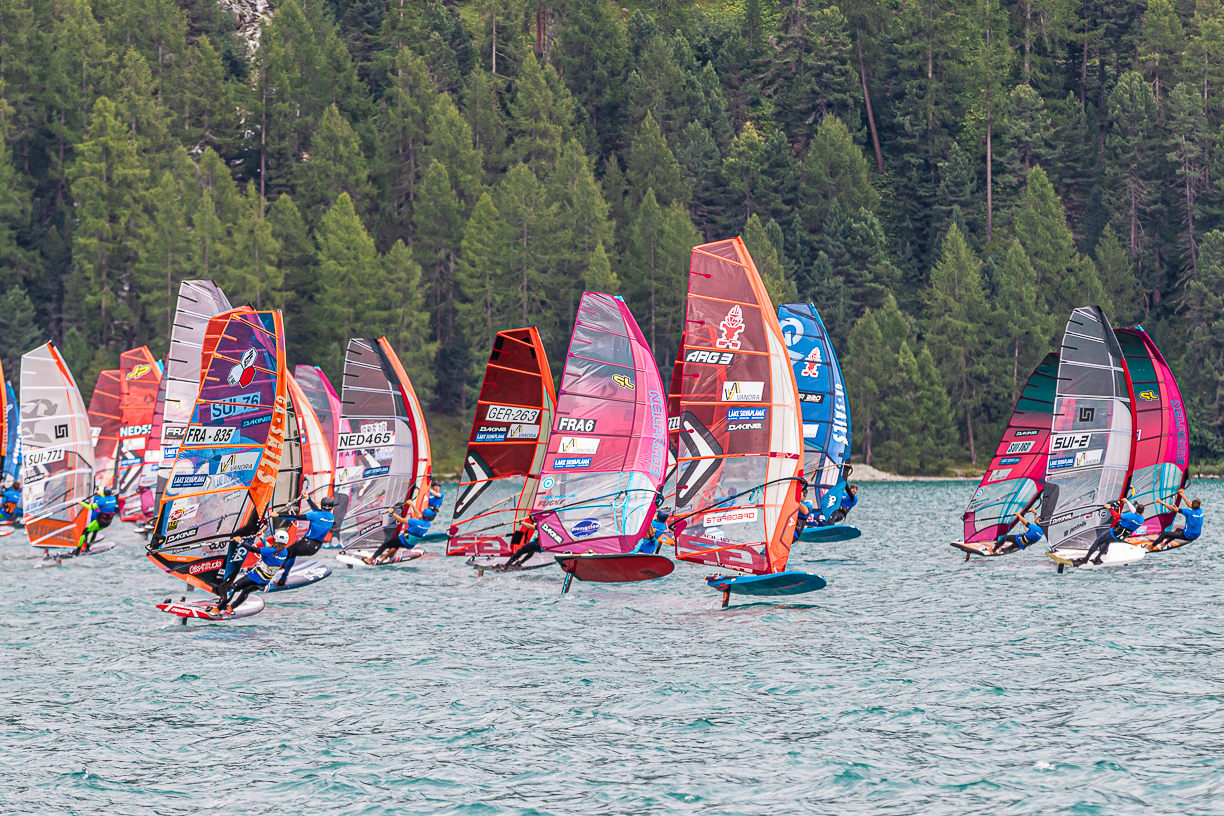 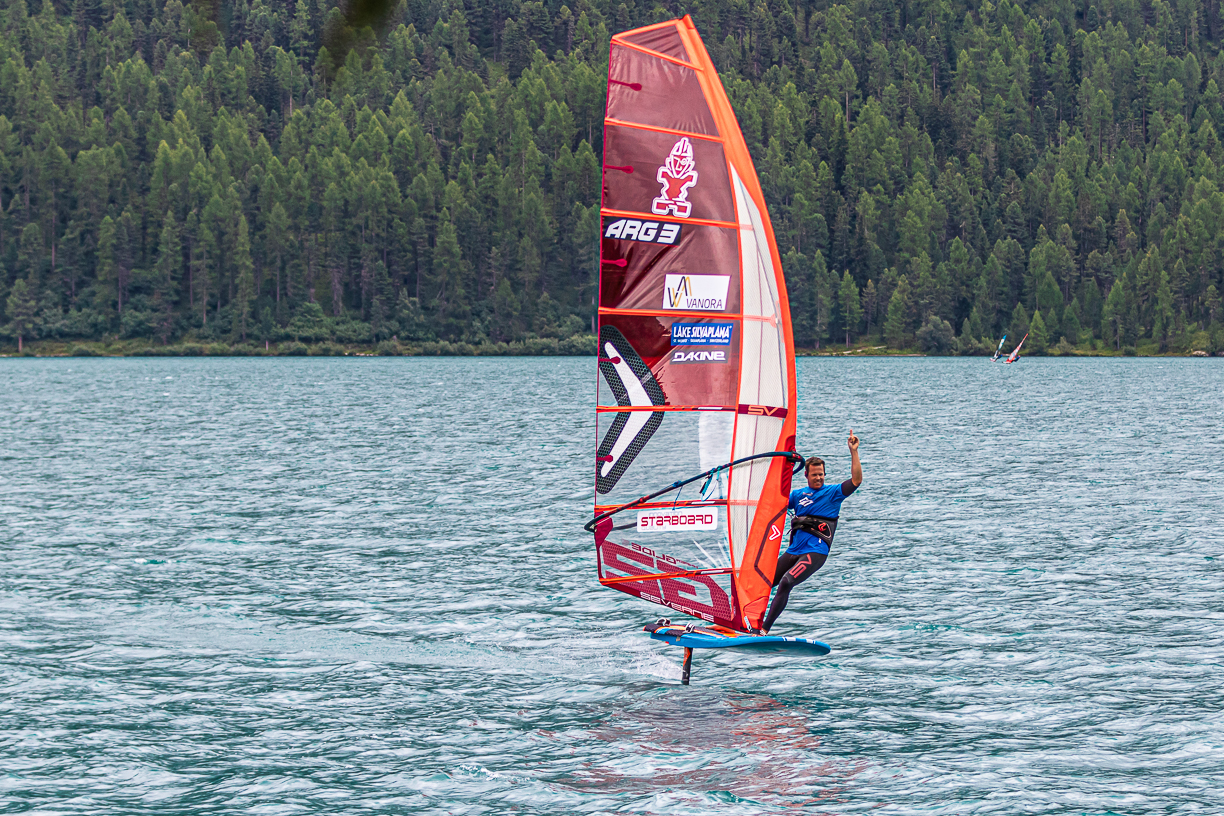 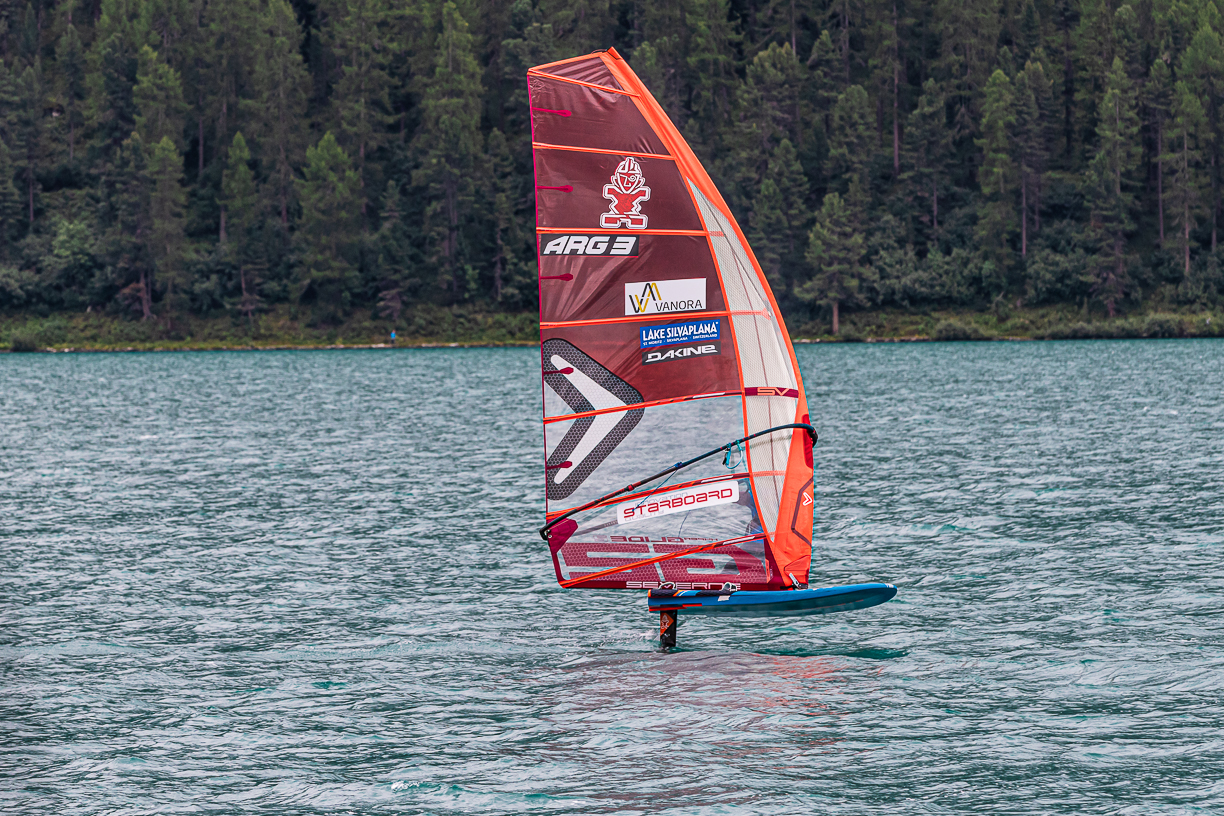 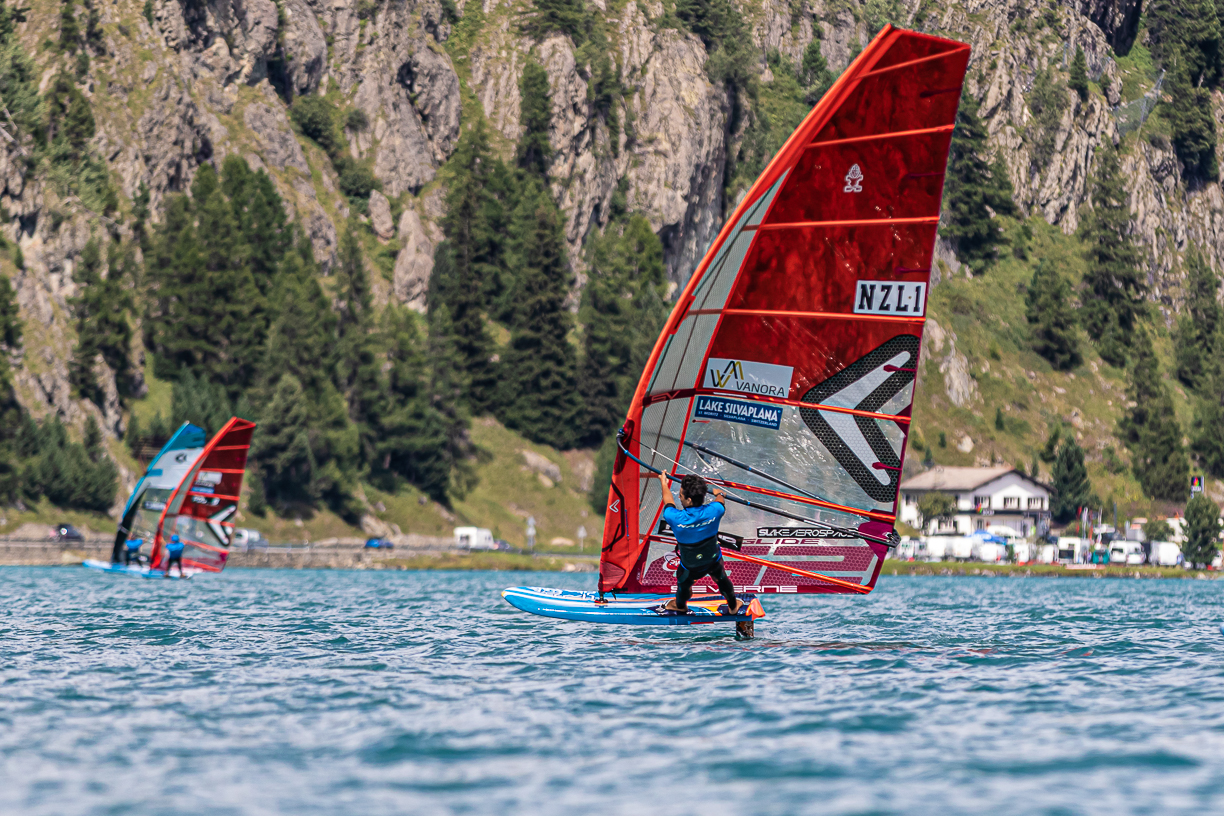 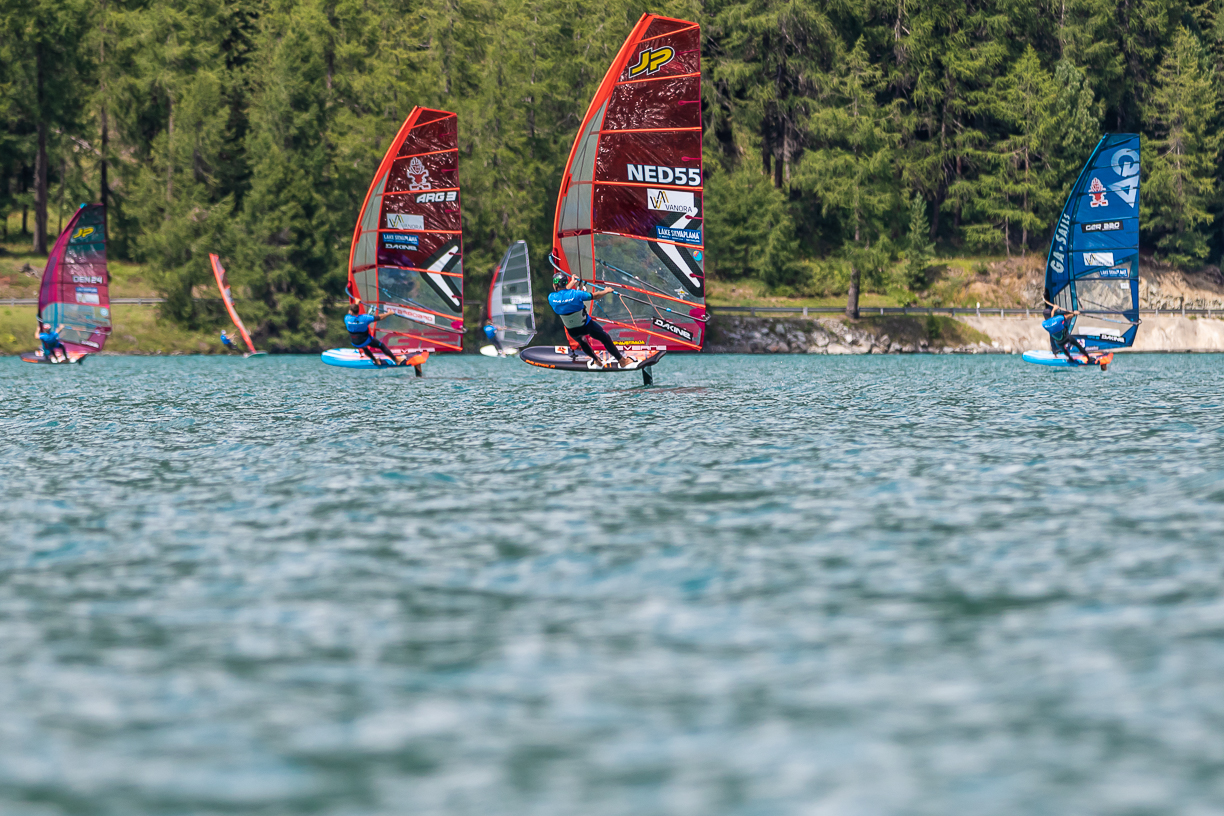 Swiss local hero Balz Müller and youngster Lennart Neubauer both made it into the final of the EFPT Tow-In after the first day of hard battles and impressive tow-in tricks.

With a large crowd gathering to cheer the riders, the show was on for some action. And the crowd was not disappointed. Balz settled himself into third place with an “air burner 360 rotation” while Lennart had to settle with a sixth-place, which was still impressive for the young newcomer in the tow-in discipline. 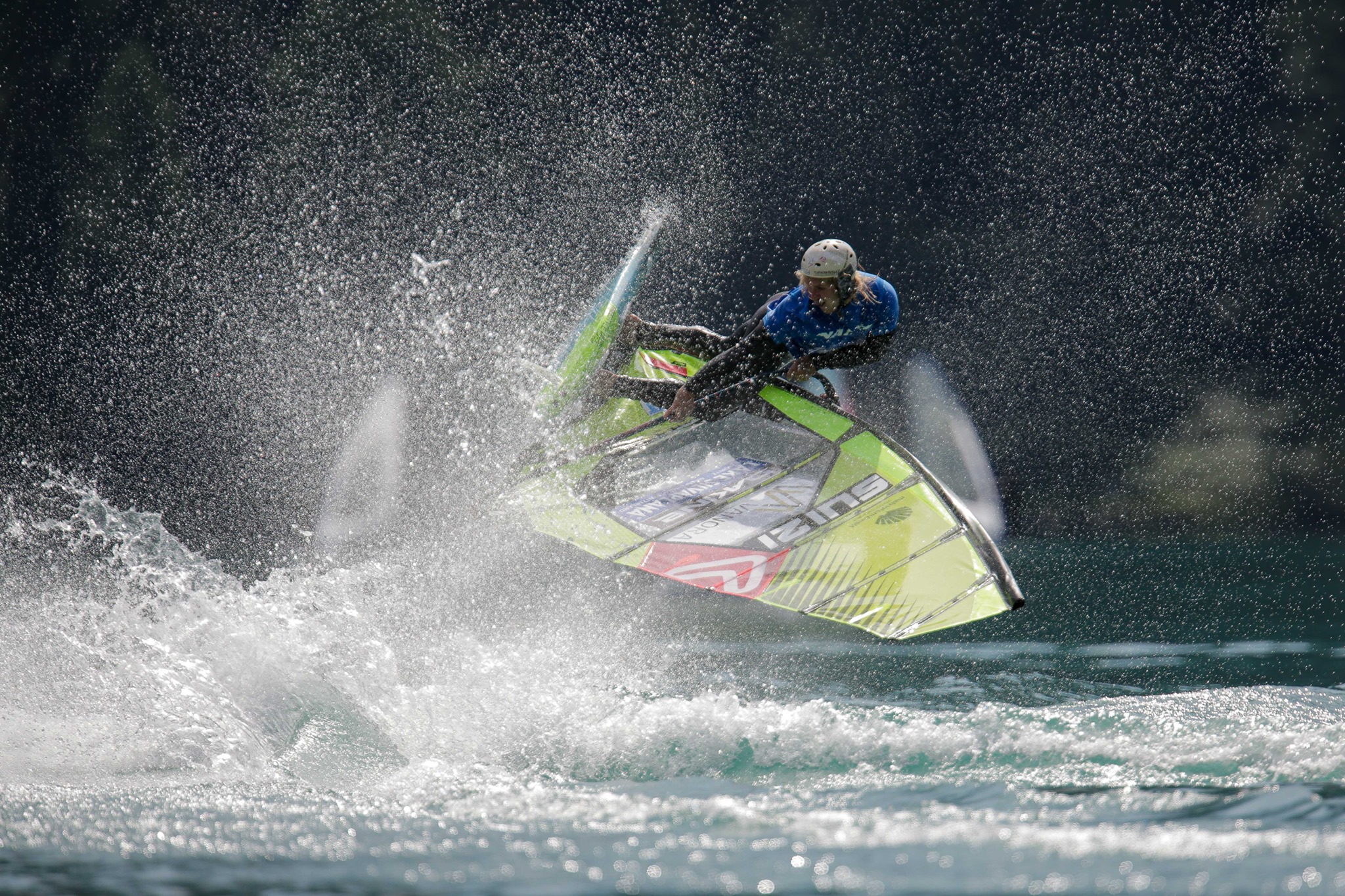 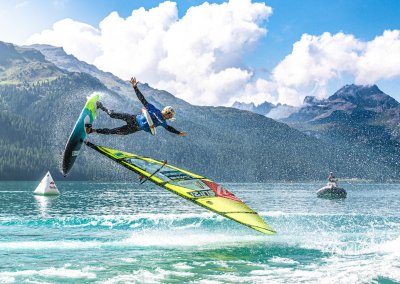 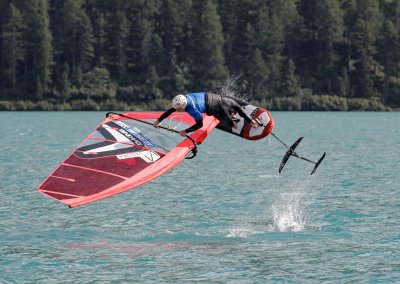 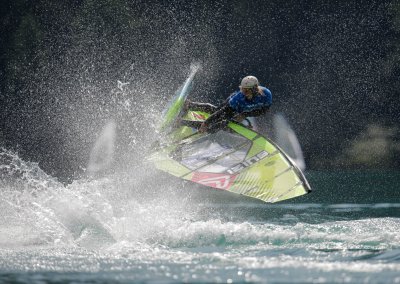 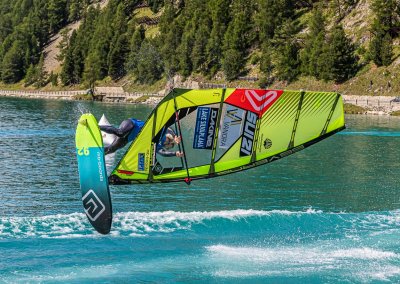 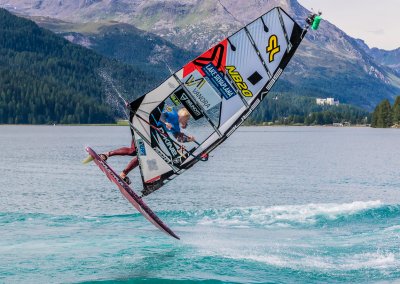 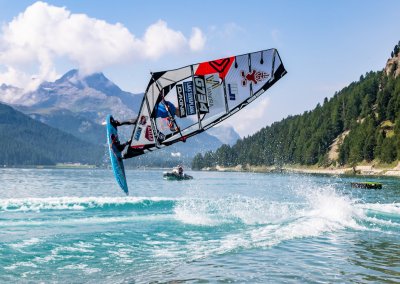 Who else than Balz Müller to win this new discipline. The tricks he was pulling off on his custom foil freestyle prototype sails were probably among the most crowd-pleasing happenings of this year’s Engadinwind event. 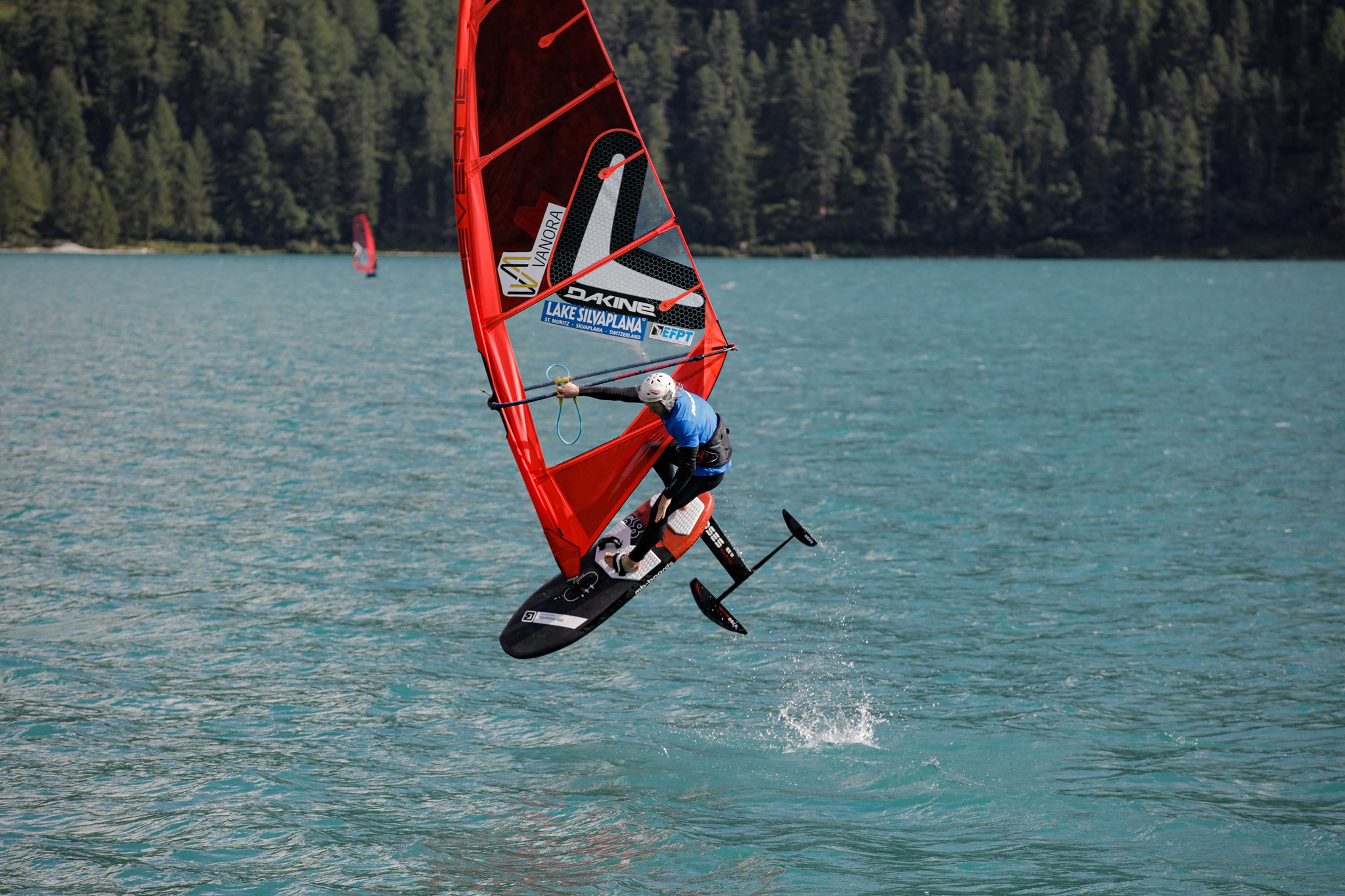 One of the highlights of the Engadinwind event for the Severne team was the Severne Surf Bash, which offered a sneak preview into the latest and greatest in design by Severne.

A motivated crowd showed up to check out the latest foil gear from Severne including upcoming new models specially made for foiling. On stage, we had Gonzalo Costa Hoevel, Balz Müller, and Kurosh Kiani giving the crowd an insight into the design philosophy of our brand, and what to expect in the upcoming seasons. 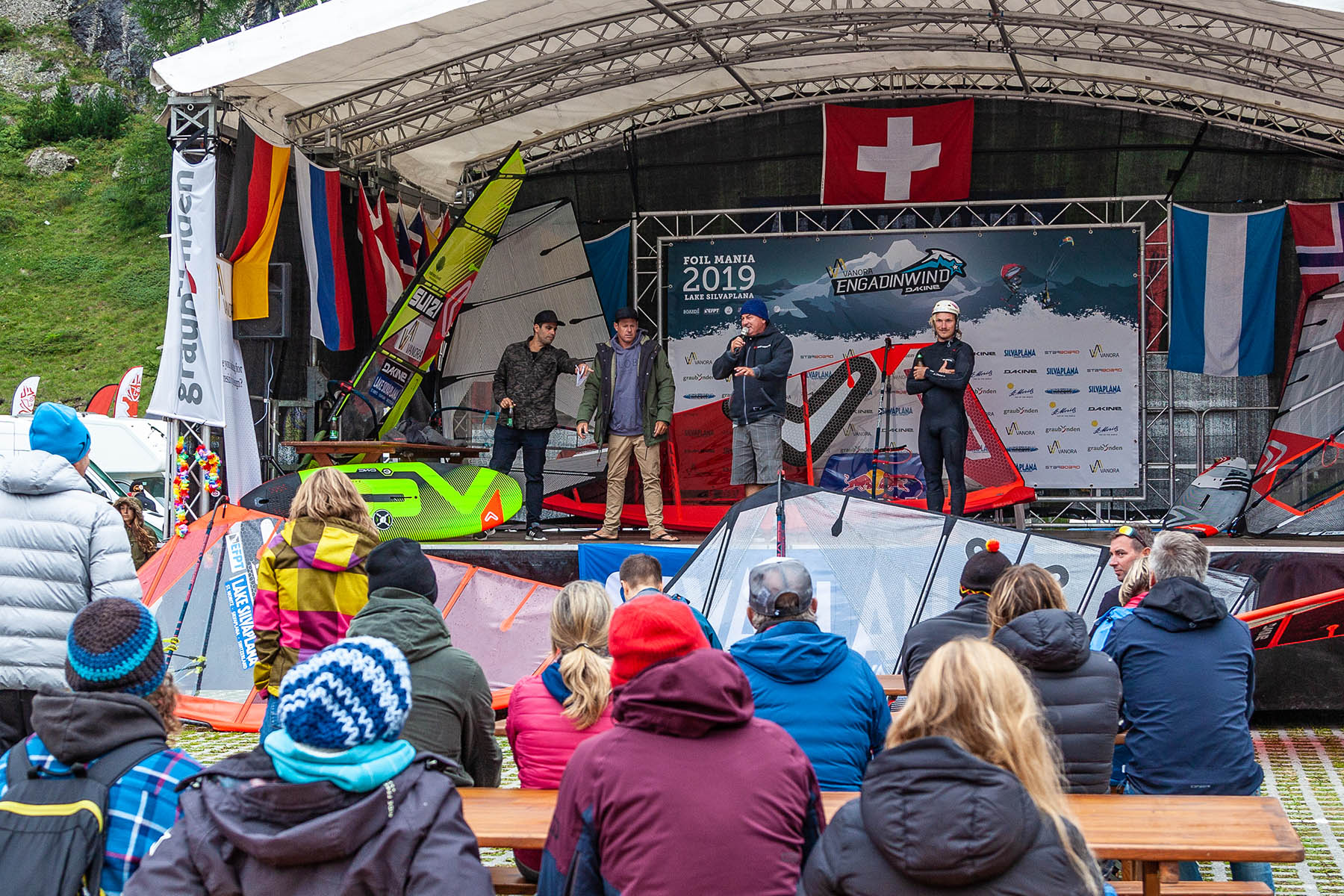 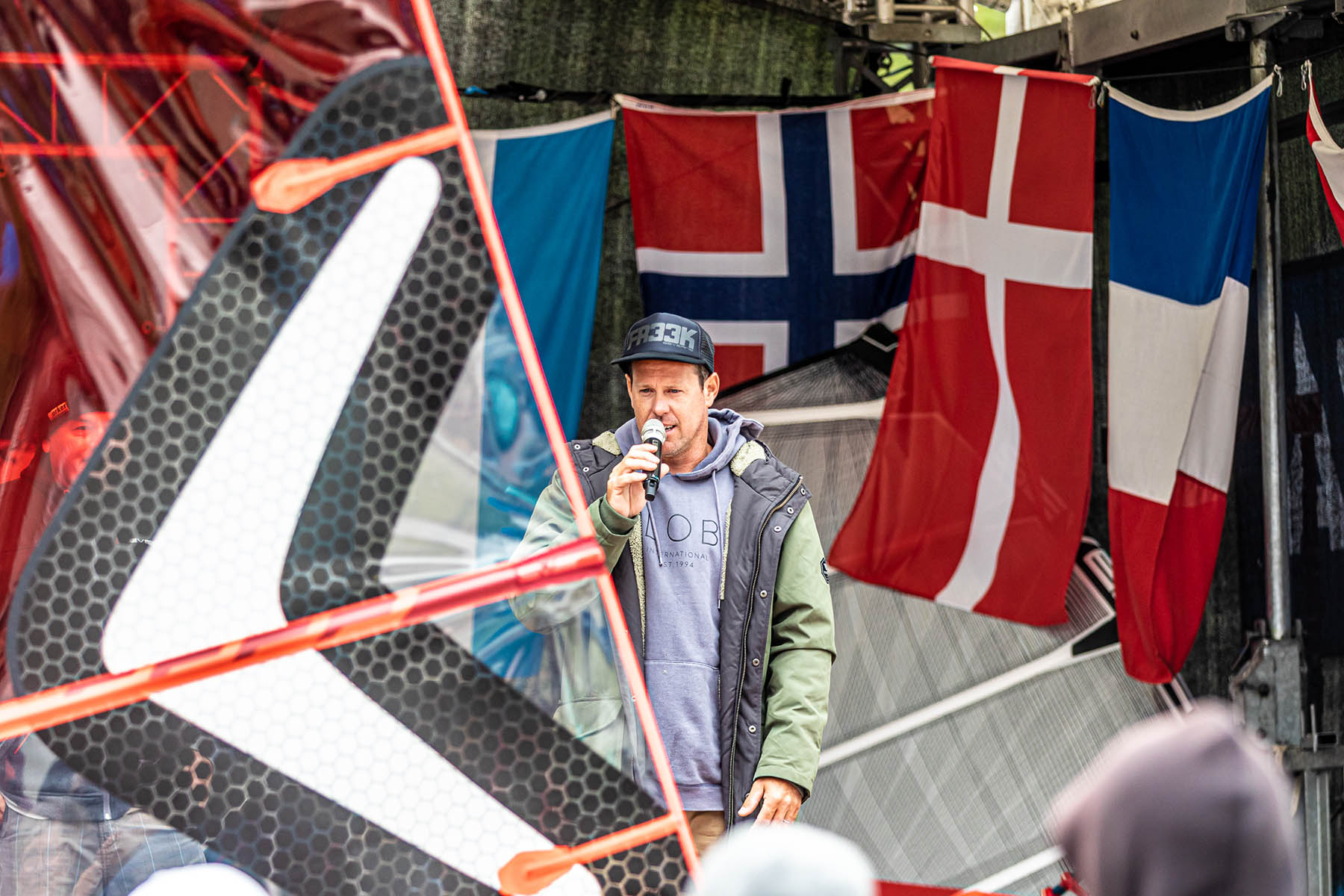 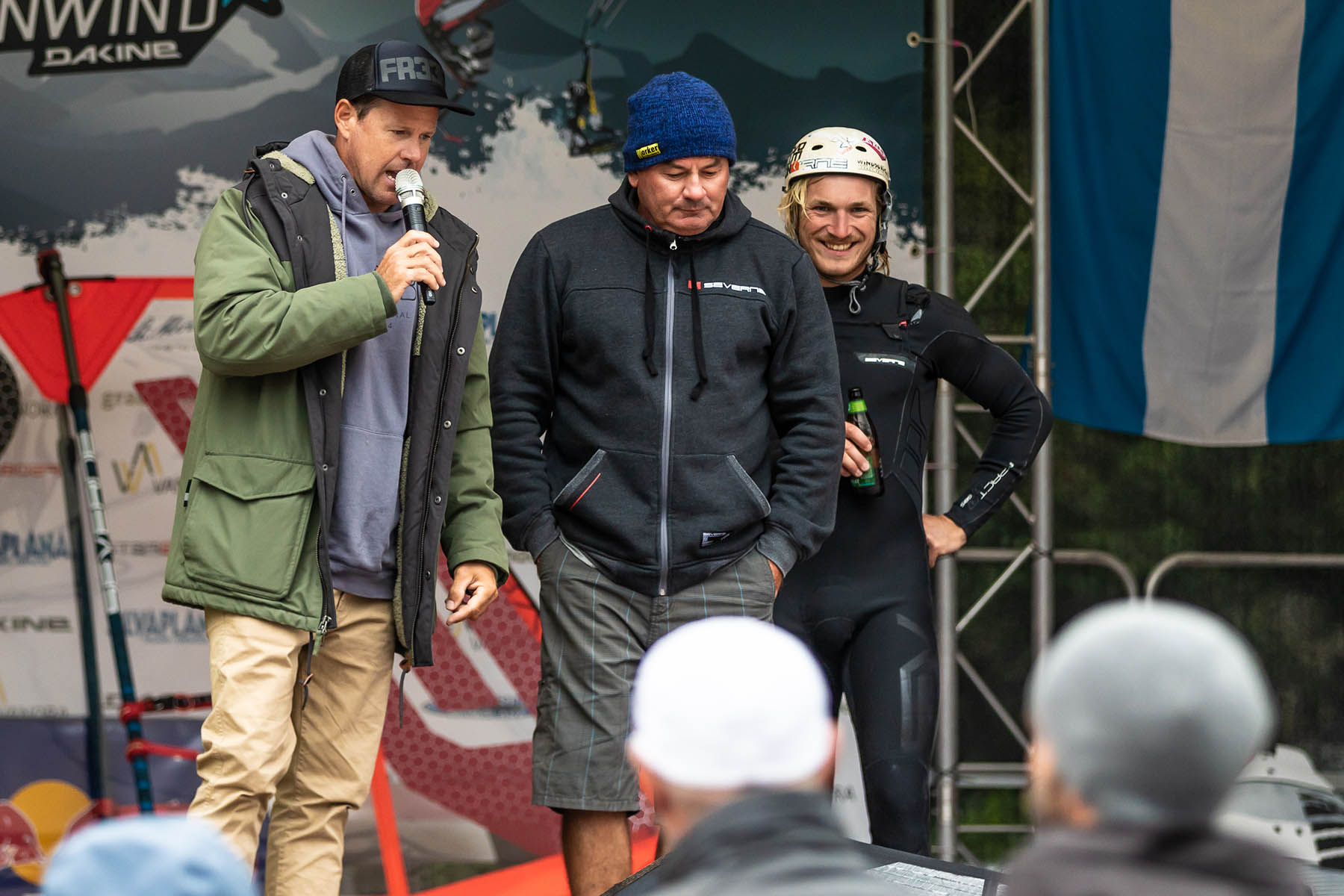 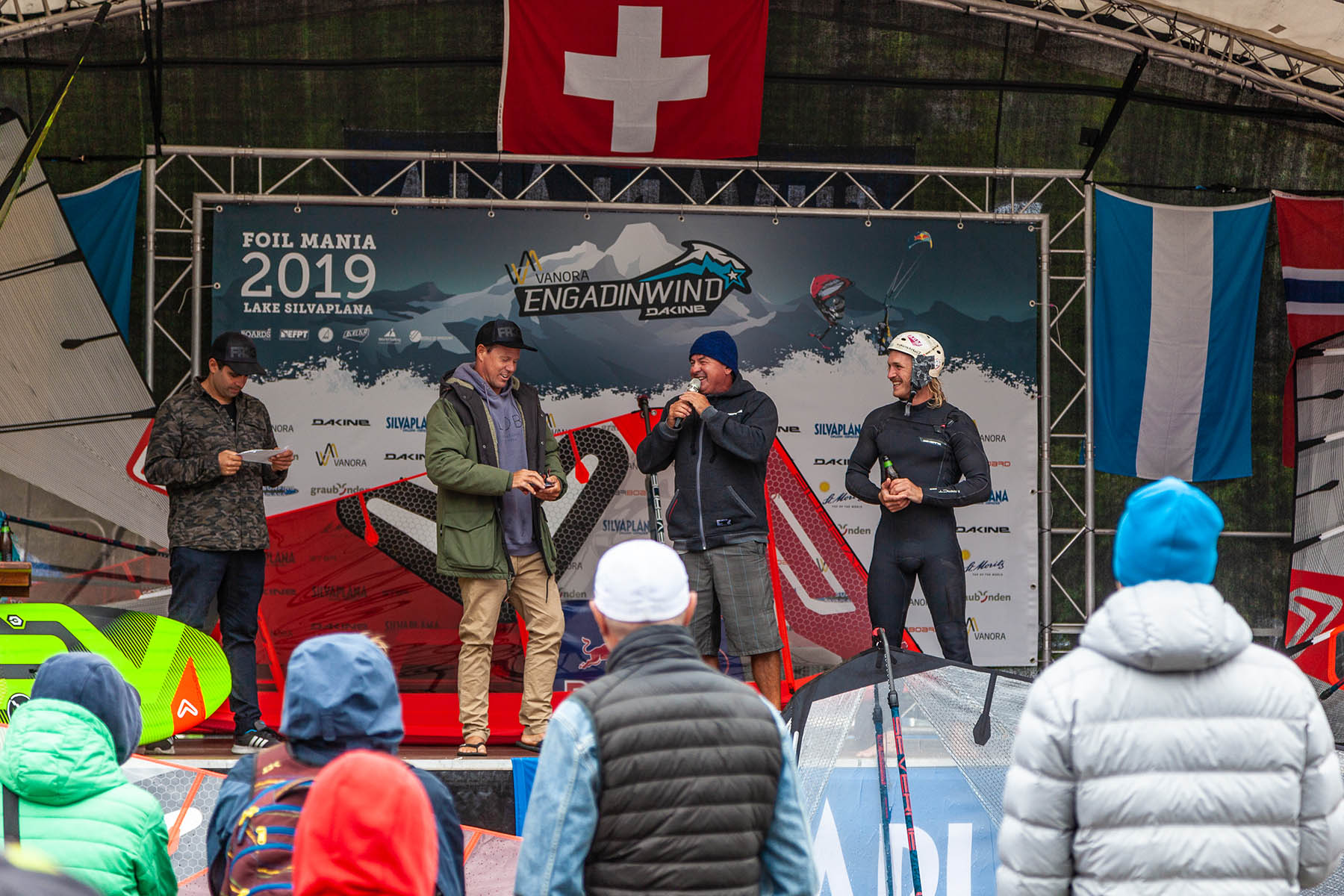 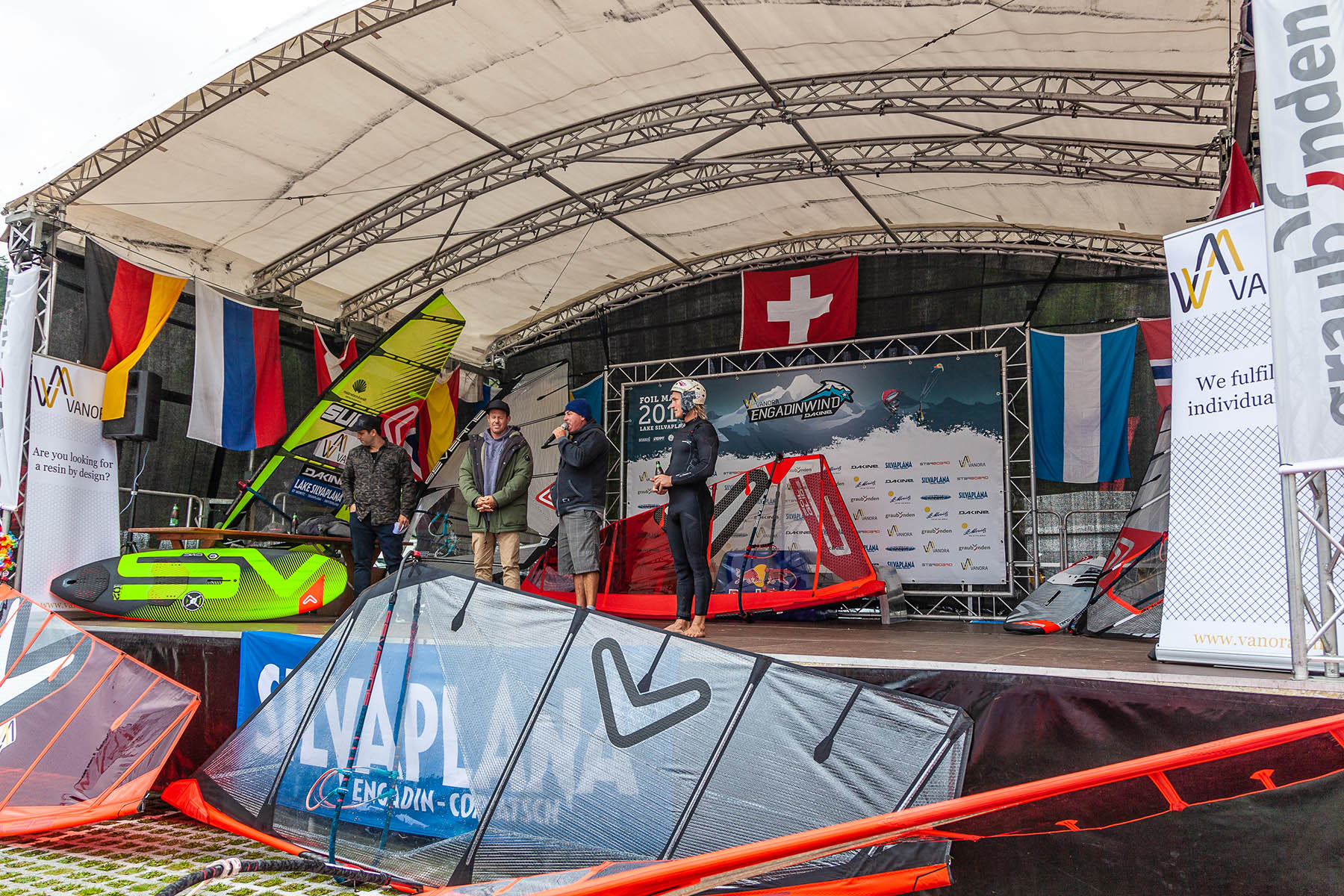