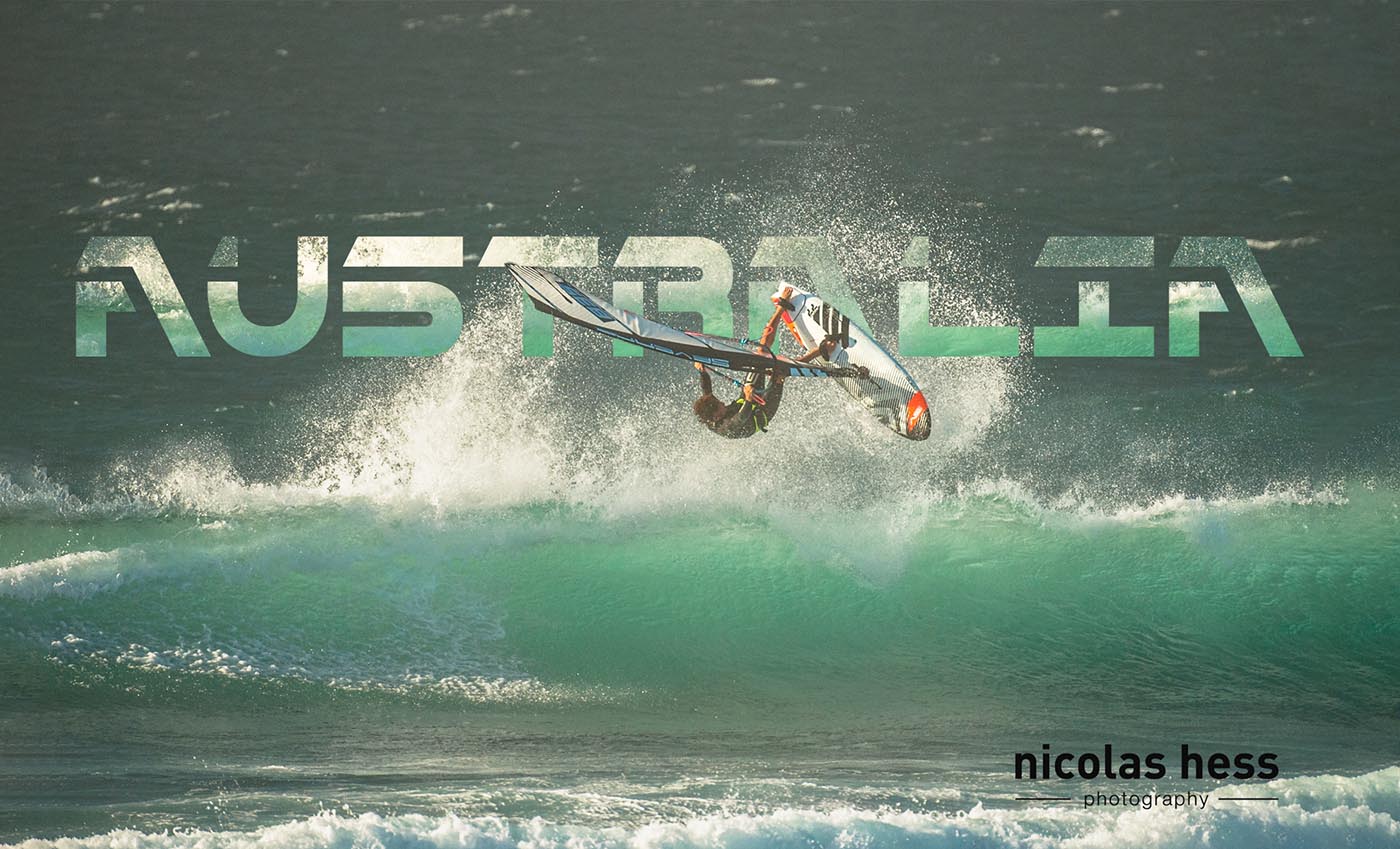 Severne rider Dieter Van der Eyken spends every winter in Western Australia and this year was no different. Being the base of the Severne brand and one of the best locations on the planet for windsurfing, it has become a second home for Dieter for the last 7 years. Check out his video along with a Q&A here below.

Which spots did you sail this winter?

A lot of different ones, just to name a few it would be Margaret River main break, Point Moore in Geraldton (which I only started sailing this year but picks up a lot of swell!), Gnaraloo, Cervantes and of course Coronation beach where I sailed most of the time and where most of the footage is from.

Have you been training anything specific? Did you lock in some new moves?

Going to Oz I had 2 goals, improve my jumping in Geraldton and get better at sailing in Margaret river. I think on both I managed to push further than I was before but still wanted to improve more.
In Coronation I sailed a lot with Julian Salmon, Lina and Jeager Stone & they really helped to push my jumping higher and take bit more risk.
At Margaret I felt more in tune from day one and sailing with the locals there just makes you want to hit that first section harder. I had one evening session where it all clicked and probably did the biggest air I have done so far, and that adrenaline rush is definitely better than what any jump can provide.

What makes Australia special compared to other places?

I think the freedom is one of the main things, the spots are quite far apart but the travel between them is really easy and the conditions are usually top notch. You live in a van so it’s not exactly perfect for keeping up your fitness, but it brings me back to how I used to travel with my parents simply traveling in a camper and chasing the wind.
Besides that, the locals are really friendly and it isn’t really crowded most of the days. I have been going to Australia for so many years now that in some way it feels a bit like going home as till recently it was probably the country I stayed in the longest without jumping on a plane.

Which “Aussie” beer is your favourite?

VB (Victorian Best) although the Severne crew always push me on Coopers which is also really good.

Which gear did you ride the most throughout your trip this time?

I actually only traveled with 2 boards this year to Oz for wave sailing. Fost of the time I was on my Nano 77, only for Margaret river I would take the Mako 79 . On the really windy days, the Nano 72 would have been nicer but the 77 still worked surprisingly well on 3.6 as well.

See you next winter?

Yes, let’s hope we can travel again. My van is still there waiting for it’s next roadtrip!