Mach3 racing – A look behind the scenes 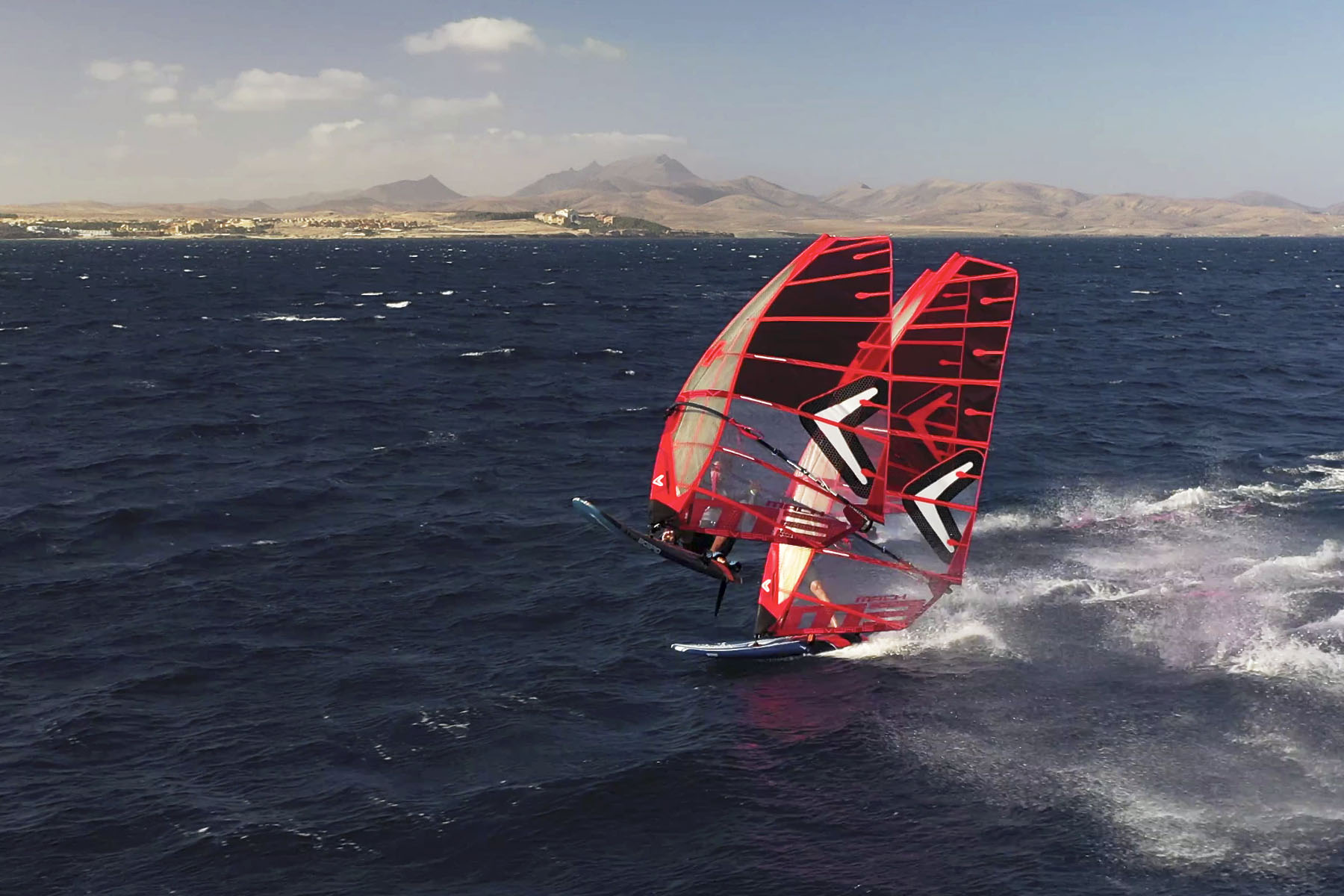 Our Mach3 racing sail is among the most technologically complex products in our range. The number of hours invested in R&D presents a large portion of our total development cycle. All to satisfy our goal of developing the ultimate racing sails which match the vision of our brand. In short, we develop gear so that you can focus on your sailing and not have to worry about your gear.

In this behind the scenes report, we have caught up with the people leading the efforts developing the ultimate racing equipment. A team that consists of World Champion windsurfers, revolutionary designers and hands-on contributors.

Heading up our racing R&D is Gonzalo Costa Hoevel, the first-ever PWA foil world champion and a top sailor of more than a decade. We asked him for some insights into the hours put into developing the Mach3 sail and what we can expect of it in general. 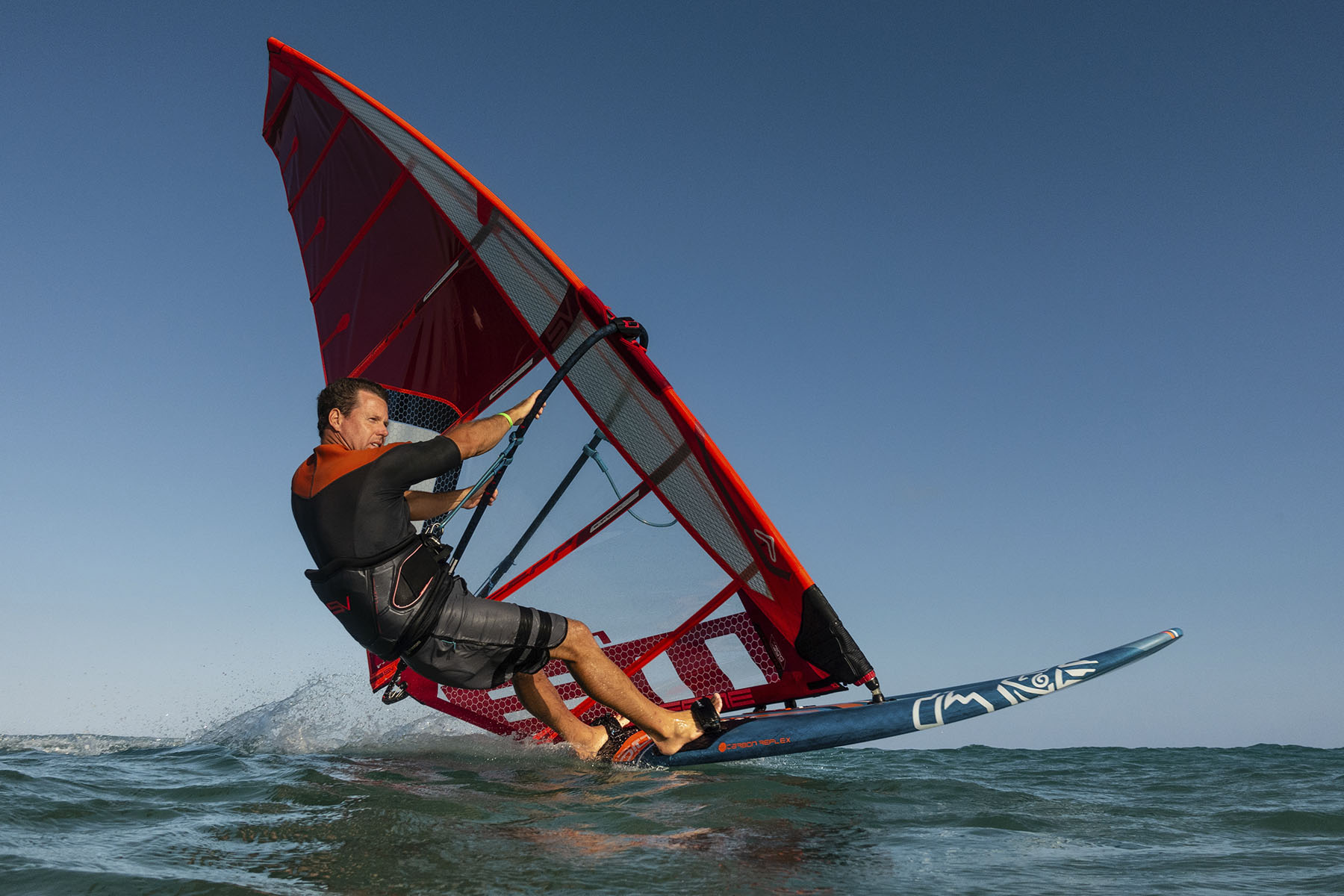 When developing the Mach3. What were the key aspects you were looking at to improve an already successful sail?

On the 9.4,8.6 and 7.8, we wanted to improve the low-end power. We achieved this extending the shape further up on the sail. Because of this, we have a deeper sail in the area above the boom. So we have a more powerful sail in the light winds without sacrificing the characteristic easiness that we always have in stronger winds.

We added the new “red” monofilm to all of the range, this provided some softness and forgiveness to all the sails. This is a great gain specially for our smaller sizes. The 5.5 has unreal control for the high wind action.

How many hours of testing do you estimate is spent on testing Mach3 prototypes?

Good question!! Very hard to answer, a lot of hours that’s for sure.

We started the R&D back in January ‘19 in Western-Australia. We had a month of testing with Matteo Iachino there. Later in March, we had another period of 3 weeks in Tarifa. So that was a pretty intense beginning of the year.

During the summer we had a couple of more testing periods where we met up with Matteo Iachino and Tristan Algret.  In between all these trips I continued to do testing on my own. So although very hard to say how many hours in total, I estimate around 300 sailing hours throughout the year. I promise I’ll count the hours for next year! 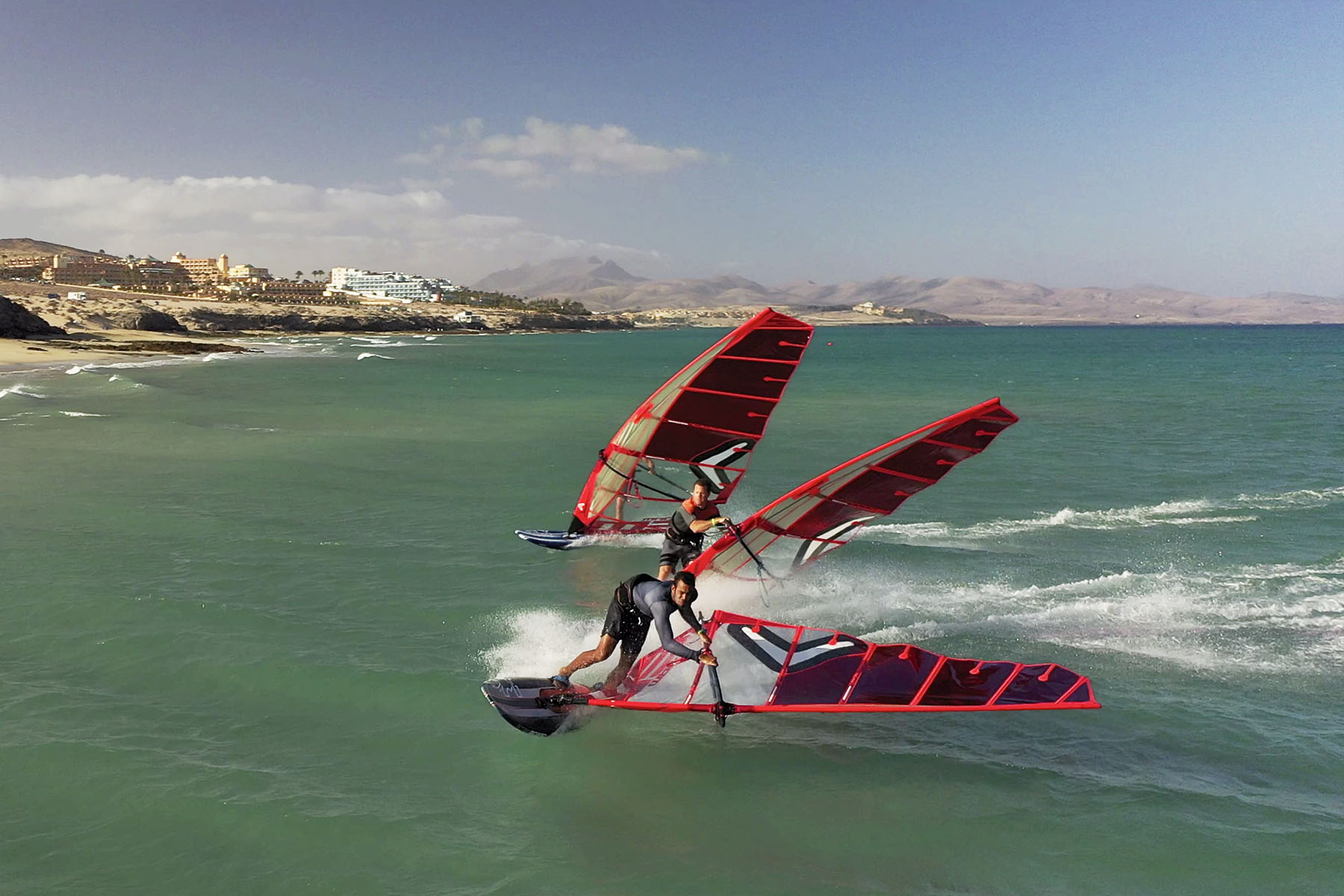 What sort of technological advancements did we make on the Mach3?

We have some top-secret technology coming up that we can’t really say much about. We have been using it on the waves sail and speed sails, and it’s working great. 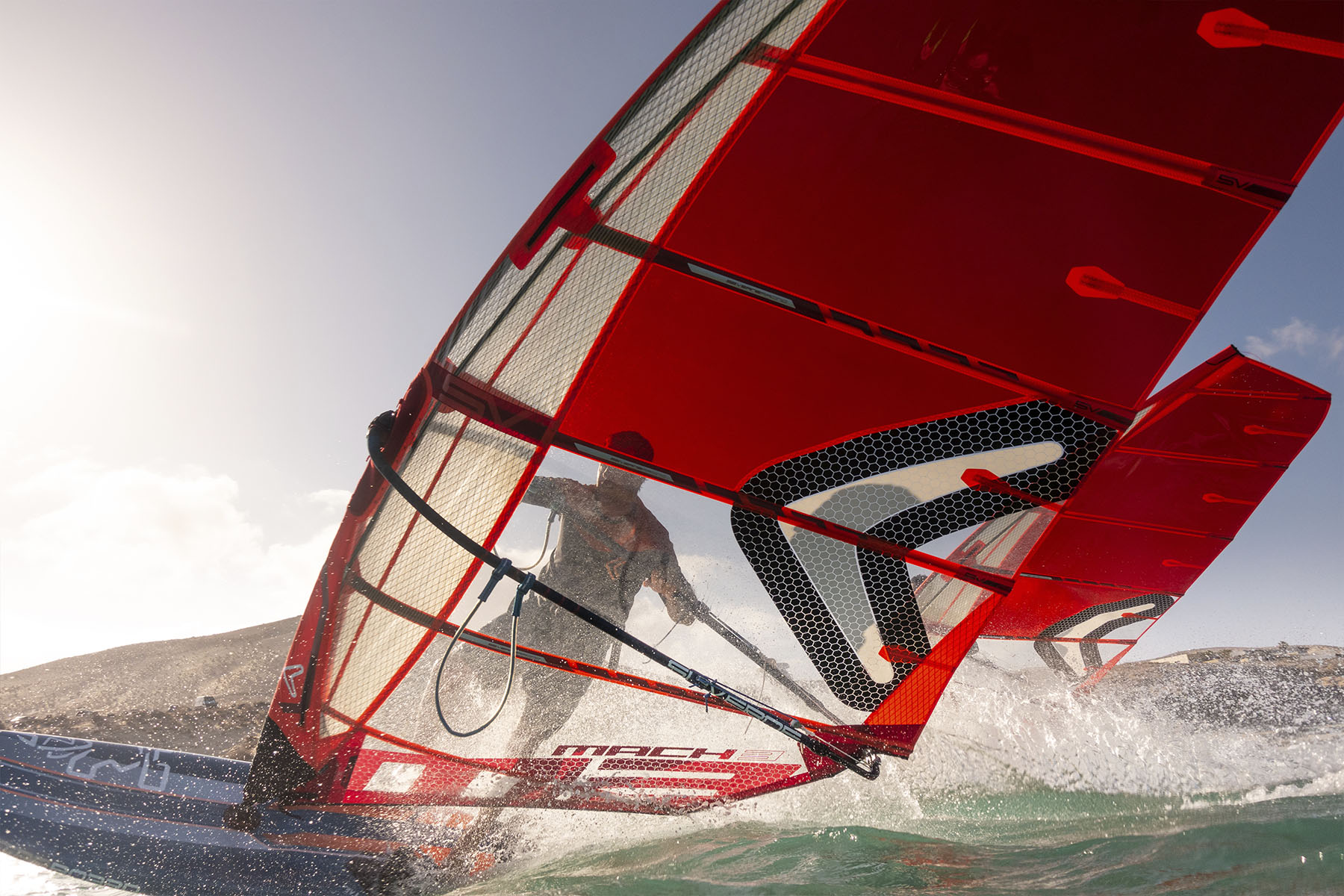 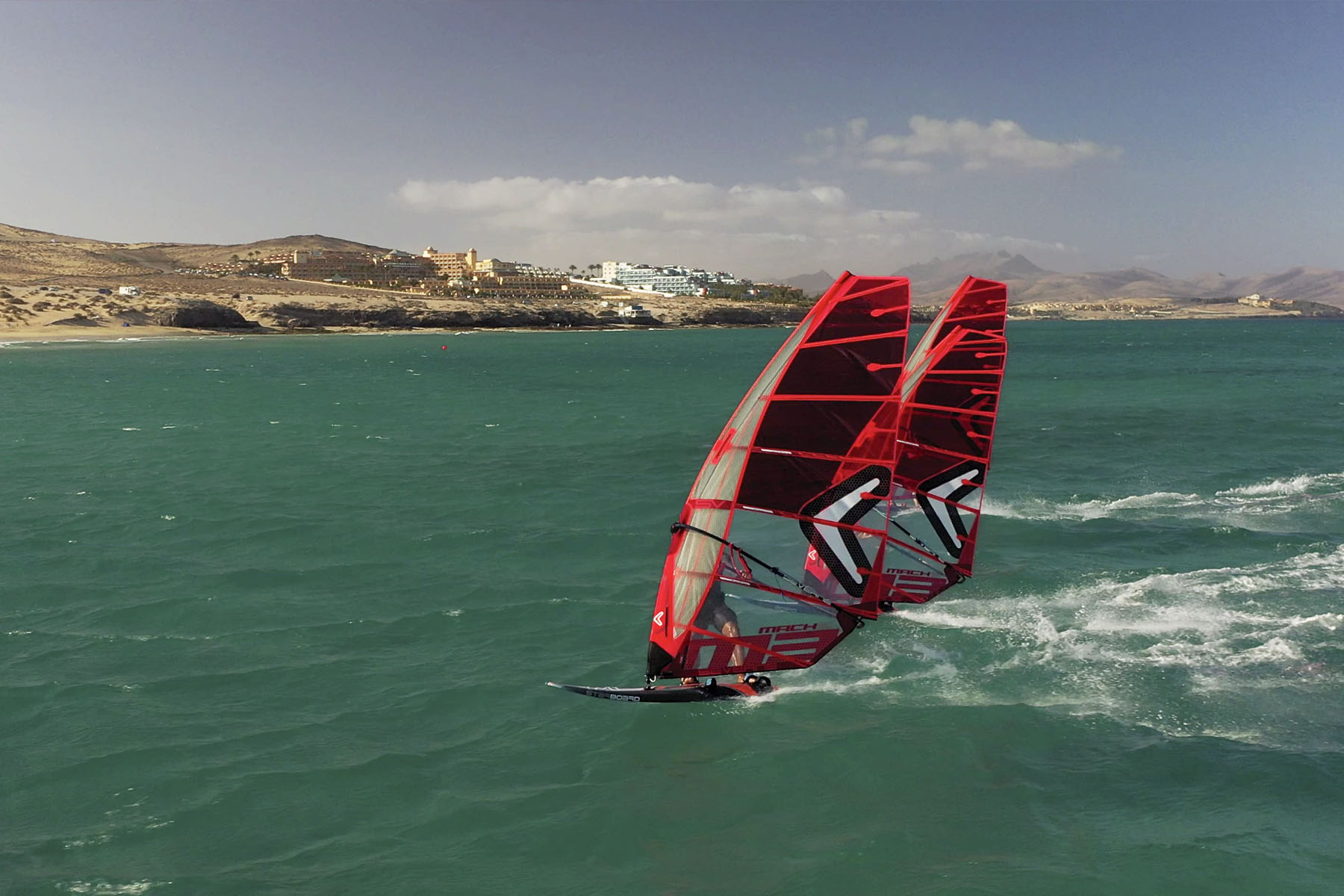 Will you be able to use the Mach3 for foiling and foil racing?

Yes, the sails are working perfectly for slalom foiling. Our sails are very versatile, we recommend the more course racing-oriented sails such as HG2 and HGO for upwind downwind and slalom in marginal winds, but as soon as there is a bit of breeze the Mach3 will be perfect for slalom foiling.

Hi! This site uses cookies to give you the best possible browsing experience. If you continue browsing our site, we will assume you are happy with our cookie and privacy policies.OKDont accept cookiesPrivacy policy